Rumoursville is a little quiet this morning, here’s the round up… 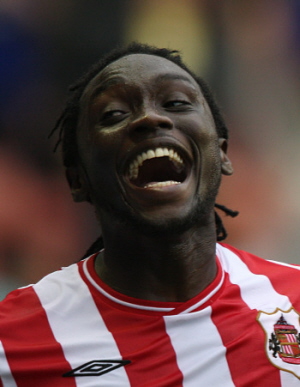 Kenwyne just laughed off the rumours

Rumour No. 1: Liverpool have had a loan approach for Kenwyne Jones rebuffed this morning as Sunderland have again insisted that the striker is not for sale.

Apparently Jones was due at Anfield for a medical earlier today and, subject to passing, would have signed on loan until the end of the season (as cover for the injured Fernando Torres) but Steve Bruce has rubbished the claims whilst reiterating that the Trinidad and Tobago target man is not going to be leaving Sunderland during January. 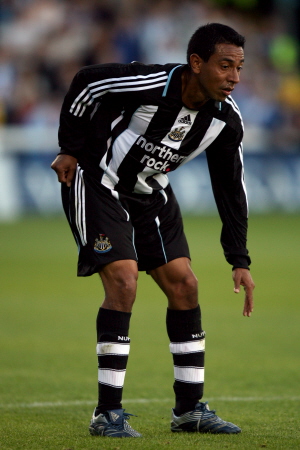 Nobby’s getting on a bit these days

Rumour No. 2: Everybody’s favourite diminutive Peruvian playmaker is set to sign for Newcastle United for the third time in his career. Nolberto Solano has been training with Newcastle for the past few days and has convinced Magpies boss Chris Hughton that he can still cut it at Championship level.

The 35 year old had been on the brink of signing for League One outfit Colchester United but has now decided that a third stint at Newcastle would be a more preferable option.

The Best of the Rest: Manchester United have targeted Napoli’s creative midfielder Marek Hamsik as the man they want to eventually replace Paul Scholes. United will wait until the summer to table their £25 million bid as the Slovakian has repeatedly stated his desire to see out the season at his current club.

Tottenham will make a final bid to lure David James to White Hart Lane after the Pompey goalkeeper’s move to Stoke fell through on Friday.

West Ham have slapped an incredible £15 million price tag on Scott Parker in the hopes of warding off interest from Liverpool and Spurs.

Arsenal outcast Philippe Senderos is set to choose Celtic over a host of other teams vying for his signature.

The Gunners have been struggling to recruit a striker during January and may now turn to Dinamo Zagreb’s Mario Mandzukic in a bid to fill their void up front.

Portsmouth have made an enquiry about Spartak Moscow’s Quincy Owusu-Abeyie. Pompey hope to sign the former Arsenal winger if their current transfer embargo is lifted.

Aston Villa have rejected a £3 million bid from Birmingham for midfielder Craig Gardner.

Stoke will listen to offers for Diego Arismendi after the Uruguayan has struggled to settle in England.