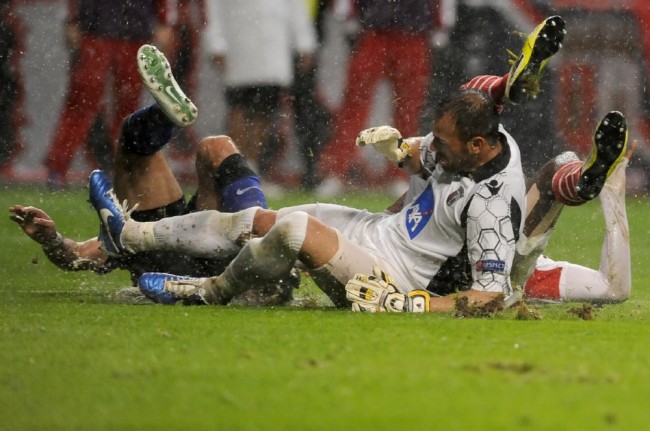 He may have, yet again, scored a vital goal for his club, but if I see another ‘Reliant Robin’ headline about RVP I’ll do something bad, like shake my in head in disgust, or tut loudly or something.

Anyway, the former Gunner played a vital role in the Red Devils’ win against Sporting Braga, after the home side had the better of things in the first-half, culminating in a goal from the man with the least sexy footballer name, Alan, who scored on 49 minutes from the penalty spot.

Despite working hard to get back into the game, United looked rather limp, and it took the introduction of RVP to kickstart the comeback. With just 10 minutes of play left, the Dutchman producing a fine chippy/lobby thing to level the scores and soon after that, Wayne Rooney (courtesy of a penalty) and Javier Hernandez sealed the deal.

That 3-1 win sees the Red Devils qualify for the knockout stages with two games still left to play, a big improvement on last season’s Euro-flop for Fergie and co.