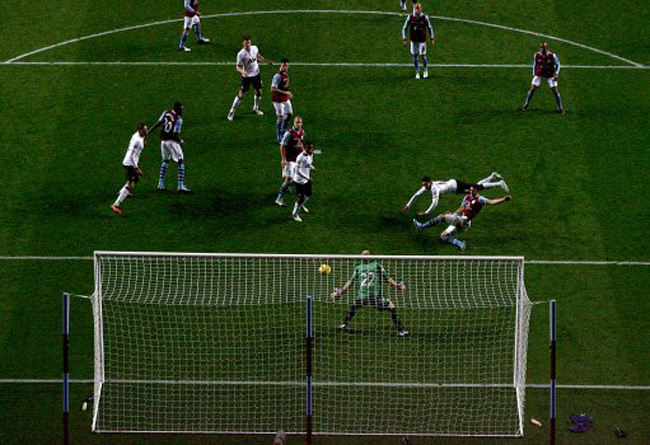 Despite scoring a brace against the might of Manchester United, young Austrian striker Andreas Weimann still found himself on the losing side after the Red Devils pulled off yet another great escape in this season’s Premier League.

A young Villa side impressed in the first-half, with Christian Benteke producing another all-action display up front, although it was strike partner Weimann who would get the glory after netting a brace, on 45 and 50 minutes. However, with half-time sub Javier Hernandez starting to make things happen, United produced a much improved second-half display, with the Mexican striker scoring on 58 minutes before having a major hand in his side’s equaliser, when his shot was deflected into the Villa goal by Ron Vlaar just after the hour mark.

That result sees the Red Devils move four points clear of Chelsea, at least for day, while Paul Lambert’s Villa continue to struggle at the wrong end of the table.