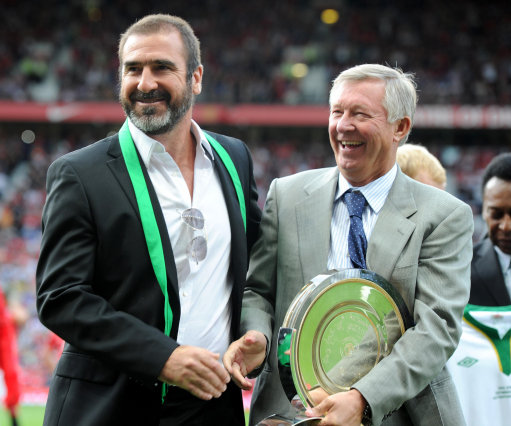 “You’re handshake is like that of a basking shark”

Eric Cantona has expressed his willingness to manage Manchester United at some point in the future but, this being Eric Cantona, he’s used the most tangential terms possible to do so.

Speaking to ESPN, King Eric used the time-honoured medium of abstract aquatic metaphor to throw his hat into the ring for the United job as and when Sir Alex decides to knock it on the head.

When asked if he’d take the job if it were to be offered to him, Cantona replied:

“I would say, ‘United is special, of course I would do it’. Today I’m with the New York Cosmos, but if one day there is an opportunity, why not?

“[It’d be] like diving from here to the sea, watching, speaking to the fish, octopus, crabs, journalists.

“Alex Ferguson is young, has so much energy, so much love of the game, so many things to give, more and more and more – and I love to watch them winning things and I want Ferguson to be manager for ever.

“He’s a winner, that’s why he has won so many things. It’s what is incredible with him, next game is like the first game of his career, and he gives you that – his passion, his love of the game, love of winning things.”

God bless you Eric. Shine on you crazy diamond