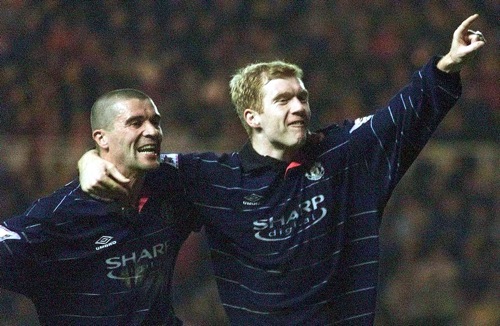 This is the second wonder goal by The Ginger Ninja in this list (he also scored No.9 – see link below), and what a stupendous, gobsmacker of a strike it is (apologies for crap video quality)…

As several YouTube commenters have pointed out, this must rank as one of the ‘truest’ strikes ever seen. And it’s all the more remarkable because in terms of margin of error, it could have gone so badly wrong – Scholes’ technique and timing is perfect; if he’d have struck the ball a millisecond earlier or later, it would have missed by miles, or, worse, been an embarrassing air shot.