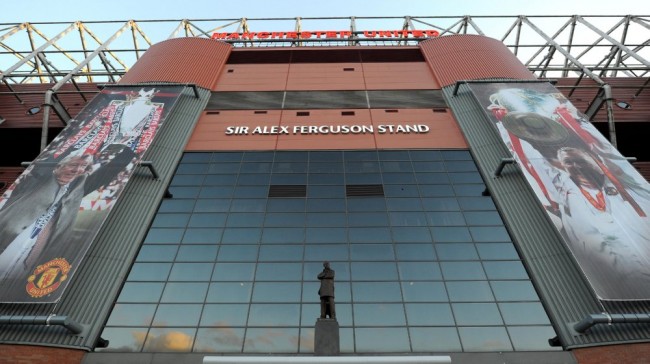 Along with the entire first-team squad and around 2,500 fans, a smattering of former Manchester United luminaries were present last night as Sir Alex Ferguson’s long-overdue statue was unveiled outside Old Trafford, with Eric Cantona, Edwin van der Sar, Ruud van Nistelrooy, Peter Schmeichel and Ole Gunnar Solskjaer all turning out for the occassion.

The nine-foot bronze sculpture was produced by Philip Jackson, the man also responsible for the ‘United Trinity’ (George Best, Denis Law and Sir Bobby Charlton) and Sir Matt Busby statues dotted around the perimeter of the stadium.

“It’s a really proud moment for me,” said Sir Alex: “Normally people die before they have a statue. I’m outliving death!”

Not entirely sure it works like that Alex old bean.

Sadly, they didn’t use any of our suggestions.