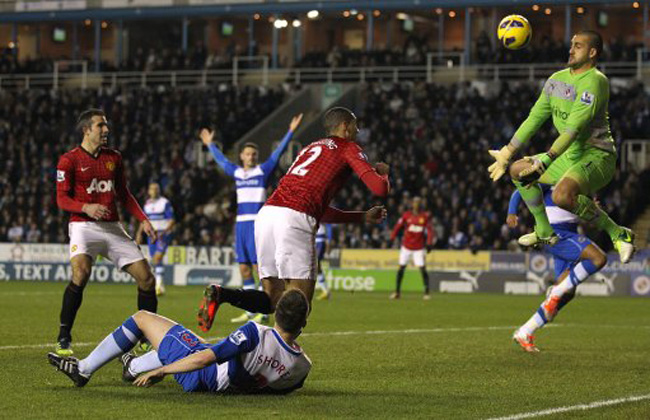 They may now find themselves three points clear at the top of the table, but unless Manchester United sort out their defence sharpish, they will struggle to regain the title from their noisy City neighbours.

A bizarre first-half at the Madejski on Saturday saw both side produce some diabolical defending, with Sir Alex Ferguson even hauling off the dire Rafael after just 31 minutes.

Hal Robson-Kanu gave the home side the lead before strikes from Anderson and Wayne Rooney (via the penalty spot) put the visitors ahead. However, Adam Le Fondre and then Sean Morrison put the Royals back in front before Rooney and then Robin Van Persie made it 4-3 before the break. And so it stayed for the rest of the game.

Van Persie and United should have had another goal before the half-time, only for the officials to miss his effort which clearly crossed the line. What a goal-heavy, error-strewn palavar!

Reading staying second from bottom while the Red Devils continue to enjoy top spot in the table. Although how they need Nemanja Vidic back fit.