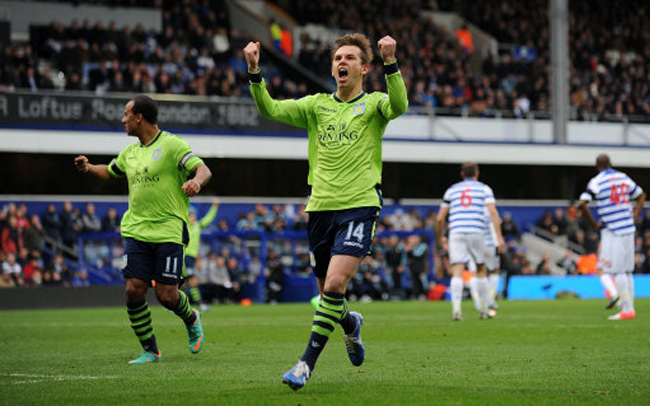 In his first home game in charge of QPR, Harry Redknapp saw his side create a fair amount of chances against Aston Villa but fail to secure that elusive victory.

Brett Holman put the visitors ahead on eight minutes, with his 25-year effort eluding Rob Green in the Hoops’ goal. However, only 10 minutes later the home side were level. Jamie Mackie was the goal-hero for the Hoops, firing home a superb header from a Samba Diakite centre.

Shaun Wright-Phillips had a number of opportunities to put the home side ahead, but failed to make those chances count while Ji-Sung Park, in particular, should have won the game for Harry’s charges. But ultimately both sides would have to be content with a point.

QPR stay bottom of the pile while Paul Lambert’s side are just two points clear of the drop-zone in 16th spot.