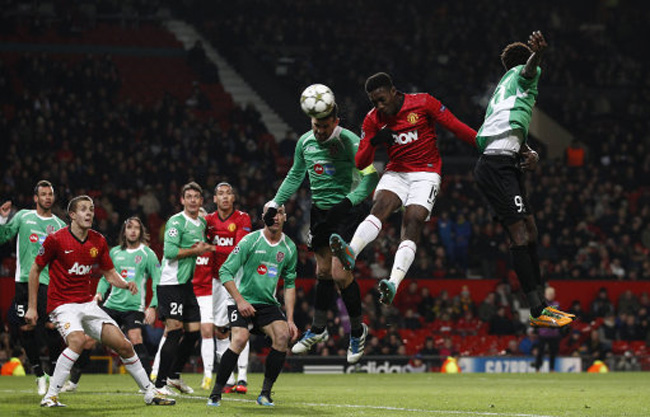 While Sir Alex Ferguson’s side against Cluj was peppered with inexperience, the Scot won’t be pleased to see the Red Devils suffer their first home defeat in the Champions League in three years.

With qualification already secured, Fergie to afford to rest some of his A-listers, with Wayne Rooney the only player remaining from United’s game with Reading at the weekend.

The home side once again looked shaky at the back from the off, although up front they still threatened the visitors’ goal, particularly towards the end of the first period.

On 56 minutes, Luis Alberto was the goal-hero for the Romanians, firing in from long-range when he really should have been closed down.

Ultimately that goal wouldn’t be enough for Cluj to make it through to the last 16, with Galatasaray beating Braga to secure second spot in the group.

As for United, while it’s difficult to read too much into the defeat, they still need to tighten up at the back.