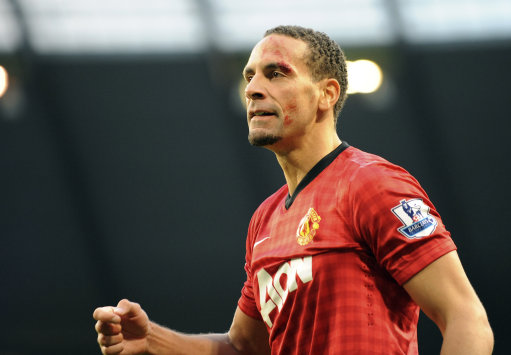 Bloody, but 2p better off

As a predictably oversensitive overreaction to Rio being pelted with legal tender at the end of the Manchester derby, the PFA have announced that they’re currently mulling over plans to introduce safety netting as a means to protect players in ‘vulnerable’ areas of the pitch – after all, how could a coin possibly pass through a net?

“I think [the PFA have] got to consider, as has been suggested, some netting in vulnerable areas. I think we’ve got to look at [netting] seriously, as long as it doesn’t affect vision.

“Of course we’re not talking about bringing back fences. I’m just thinking of something that doesn’t impede the view but gives protection to the players.

“It’s a real wake up call to the football authorities, the safety officers at grounds, working with police and clubs to try and do all we can to prevent that happening and to make sure football is there to be enjoyed by all of the community.”

It’s a nonsense of course, as the crowd control nets (as used across Europe) are in place to stop large shrapnel like flares, etc from reaching the pitch. The mesh needed to stop a coin would be far, far too fine to implement without obscuring fans’ views.

By Jove, I think we’ve stumbled on something here.