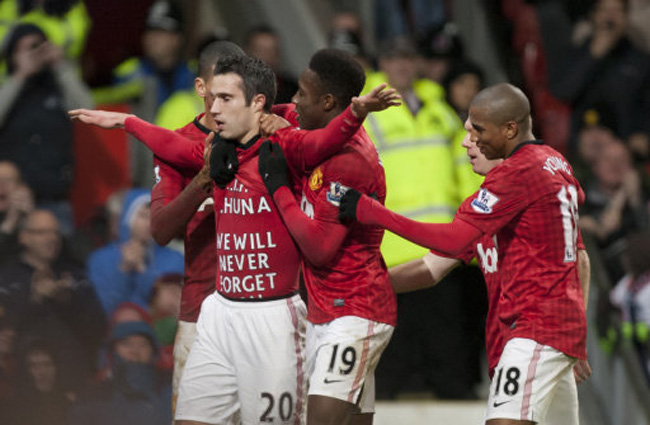 Despite having the vast majority of both the possession and the chances at Old Trafford on Saturday, league-leaders Manchester United struggled to break down Steve Clarke’s impressive West Brom.

United took just nine minutes to open the scoring, when Gareth McAuley put through his own net after a centre from Ashley Young. However, the home side failed to build on that early lead, with Michael Carrick amongst others going close but failing to beat Ben Foster in the Baggies’ goal. Indeed, the visitors almost drew level after the break, only for Gabriel Tamas fluffed his lines from close-range.

Then, on 65 minutes, Sir Alex Ferguson sent on Robin Van Persie to ignite his side’s attack and the Dutchman’s introduction eventually brought a second goal, with the former Gunner curling home at the death to secure all three points for the home side.

United stay in the driving seat in the title race, seven points clear of Man City, while West Brom drop to seventh.