Rumours are the opiate of the people. Here’s the round up… 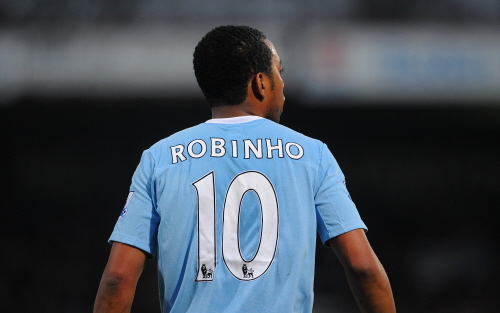 Most City fans are glad to see the back of him

Rumour No. 1: It is now official that Manchester City’s thumb-sucking weakling Robinho has completed his six month loan switch to Santos. The Brazilian club will take on Robinho’s contract from City – including (reduced) wages and bonuses – until the end of the season. Good luck Robby, may your dedication and loyalty see you through! 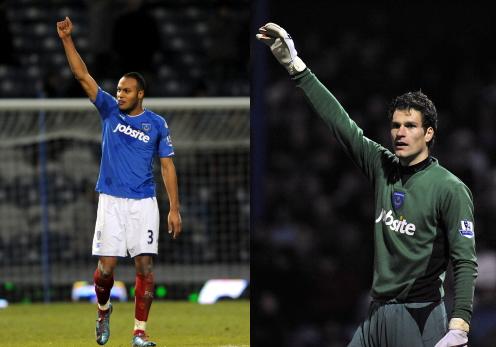 Hands up if you want to leave Pompey

Rumour No. 2: Tottenham have entered advanced talks with Portsmouth regarding two of their players. Centre back Younes Kaboul (£10 million) and ‘keeper Asmir Begovic (£2 million) are both negotiating deals at White Hart Lane that are so close to completion the pair may be Spurs players by tonight.

The Best of the Rest: The agent of Arsenal full back Bacary Sagna has claimed that Inter Milan will move for the Frenchman should Maicon leave the San Siro in the summer.

Sunderland have agreed a £1.5 million fee with Man City for Zimbabwean striker Benjani. The Black Cats are also serious contenders to sign Rod Fanni from Rennes.

Portsmouth have confirmed that Jamie O’Hara has rejoined the club on loan from Tottenham.

The Hammers may lose Valon Behrami to Italian side Palermo in the summer.

Crystal Palace have confirmed they have received offers for Victor Moses from Newcastle, West Brom and Nott’m Forest.

Newcastle have signed QPR defender ‘One-Size’ Fitz Hall on loan until the summer.

Middlesbrough are trying to rush through a deal to sign former Celtic star Shunsuke Nakamura from Espanyol.

Ex-Everton midfielder Manuel Fernandes is on the verge of joining Inter Milan on loan until the summer from current club Valencia.