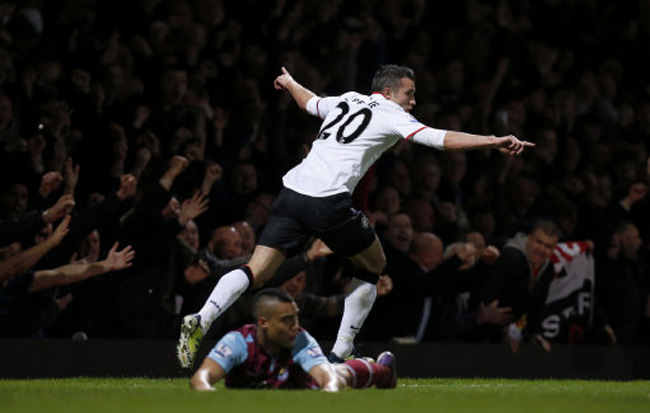 A late RVP goal gave runaway league leaders Man Utd a share of the points away at West Ham on Wednesday.

This was by no means a classic display from the Red Devils, with West Ham  pushing them all the way and the nature of Van Persie’s equaliser is sure to irk Hammers’ fans, as the Dutchman netted from an offside position.

Andy Carroll was a constant thorn in the side of the visitors and provided the assist for Ricardo Vaz Te’s opener on 16 minutes. However, Antonio Valencia hit back on the half-hour mark before a superb Mohamed Diamé strike in the second-half put the Hammers back in front.

United pushed and pushed for the equaliser and it eventually came on 77 minutes, with Van Persie netting from close-ranger after Shinji Kagwa’s curler had hit both posts.