And still they come. Here’s the round up… 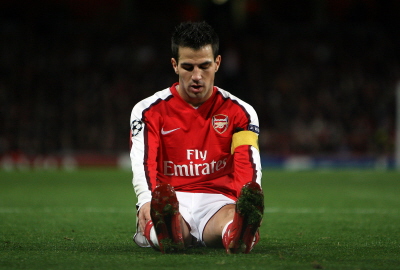 Rumour No. 1: Arsenal are already battening down the hatches as Barcelona plan to test their resolve with a £40 million summer bid for ‘Cesc Fabregas. Apparently,  Barca will stop at nothing (or £40 million – whichever comes first) in their pursuit of the The Gunner’s captain and chief string-puller.

A little more surprising however, is the news that Barca top brass Txiki Begiristain is keen on bringing Emmanuel Eboue to the Camp Nou as well, after giving the Ivorian’s profile a once-over and deciding that it somehow made good reading. 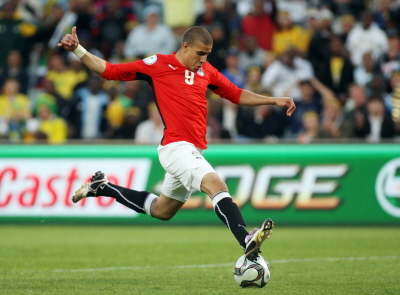 Mohamed’s dribbling skills leave a lot to be desired

Rumour No. 2: Manchester United, Chelsea and Barcelona are all keeping close tabs on Borussia Dortmund striker Mohamed Zidan according to the player’s father, Abdullah.

The Egyptian forward is attracting interest from across Europe after some nifty performances at this years African Cup Of Nations, and the relative slackness of his contract with Dortmund means Zidan would be able to leave the Bundesliga club this summer.

The Best of the Rest: Portsmouth have completed the signing of ex-Spurs centre back Ricardo Rocha on loan. The 31 year old was a free agent after leaving Standard Liege in the week.

Pompey are also looking to tie up a move for Serbian defender Dusko Tosic. The 25 year old cancelled his contract at Weder Bremen before the transfer window and, if granted a work permit – will move to Fratton Park on an 18 month deal.

Portsmouth also look likely to lose Aruna Dindane due to (SHOCKER ALERT) unpaid debts. Dindane’s parent club Lens are unwilling to wait much longer for a £3.5 million loan fee to be settled.

Arsenal have signed young Montenegro defender Stefan Savic on a pre-contract agreement. The 19 year old is currently at BSK Borca, but enjoyed a successful trial at the Gunners recently.

Fulham and Arsenal are battling it out for the signature of QPR’s teenage star Raheem Sterling.

Dynamo Kiev are trying to complete a loan deal for Chelsea wing back Yuri Zhirkov.

Thomas Sorensen is seriously considering his future at Stoke after seeing the lengths Tony Pulis went to to sign Asmir Begovic on deadline day.

Egypt’s super sub Mohamed Gedo has joined El Zamalek from Al-Ittihad. Fulham and Wolves were both said to be interested in this year’s ACoN top scorer.

Liverpool’s academy have signed 14 year old Alexander Jacobsen from FC Copenhagen so everything’s going to be alright at Anfield after all.