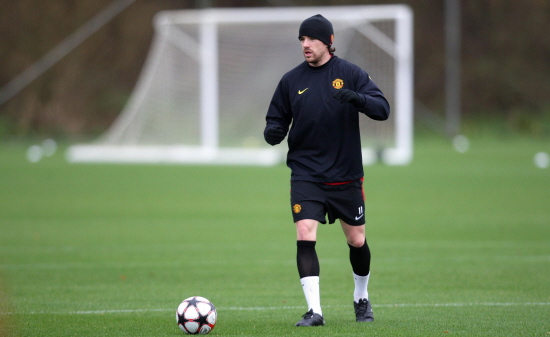 Manchester United have today announced the sad news that Owen Hargreaves has been cut from their registered Champions League squad – in favour of left back Ritchie De Laet – due to the 29 year old midfielder suffering yet another set back in his rehabilitation.

A long standing and recurring knee problem has seen Hargreaves not feature for United since September 2008, and only play 25 times in total since joining the club from Bayern Munich in May 2007.

Sir Alex Ferguson announced in September that Hargreaves was nearing a first team return and earlier this week went on record as hoping that he would be fit to play against Milan in the Champions League knock-out stages later this month, but a fresh inflammation has seen the former England man ruled out – most likely until the end of the season.

Hargreaves is/was undoubtedly a fine player (If fully fit, he’d be one of the first players I’d have on the plane to South Africa) and his return to the Man Utd midfield would be a tremendous bonus for a unit that has sometimes lacked mobility and tenacity this season. His versatility also adds an extra string to his bow, but it cannot be ignored that his various injuries have now robbed him of the majority of the last two years of his career.

The faith and patience United have shown in Hargreaves throughout his various convalescenses are laudable but if his awful injury record continues then there must surely come a time when both parties will have to cut their losses and move on.

What do you reckon? Time for Hargreaves to accept that he should call it a day? Or should his talent afford him another shot at rehabilitation?