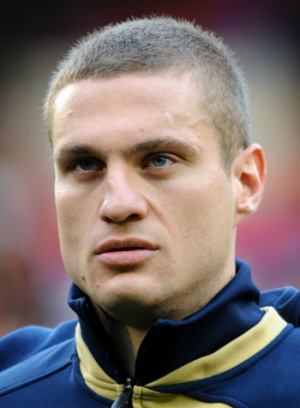 Rumour No. 1: Manchester United are apparently resigned to the fact that they will be losing Nemanja Vidic in the summer. AC Milan are the latest club to contact the Serb’s representatives to discuss the possibility of tempting the defender away from Old Trafford.

Vidic is allegedly unhappy with life in the North of England and, as the Rossoneri are perfectly willing to match Real Madrid’s £20 million valuation, it seems he will have a straight choice between relocating in either Italy or Spain. Milan may have the edge however, as they are prepared to offer Dutch striker Klaas-Jan Huntelaar in part-exchange. 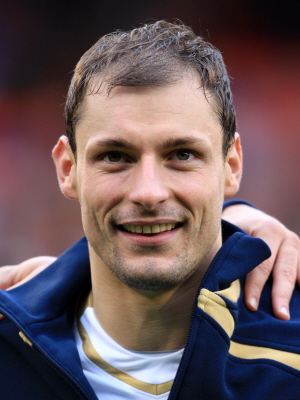 Rumour No. 2: The agent of Milan Jovanovic has refuted the claims made yesterday that Liverpool have secured the Serbian striker’s signature on a ‘pre-contract’ style agreement.

Jovanovic has been attracting interest from a few teams across Europe after another prolific season at Standard Liege, and it is said to be Valencia, rather than Liverpool, who are leading the chase for the 28 year old hit man.

The Best of the Rest: Arsenal are lining up a £3 million move for Fluminense young striker Wellington Silva. The 18 year old Brazilian has been on trial at The Emirates and Arsene Wenger is keen to tie him to a permanent deal.

Everton striker Louis Saha has signed a two year extension (to his current pay-as-you-play deal) at Goodison after attracting interest from Bordeaux, Besiktas, Galastasaray and Roma during January.

Birmingham City are trying to add Gabriel Alvarez to their squad for next season. The 17 year old Bolivian is currently plying his trade at Callejas.

Aston Villa’s Togolese midfielder Moustapha Salifou is keen to go out on loan in the search of first team football.

QPR have signed former Fulham defender Moritz Volz on a free transfer after the German was on trial at the club during January.

Paul Dickov is to choose between Derby County and Leeds United after being released by Leicester City last month.