It’s been like looking for hen’s teeth today. Here’s the round up… 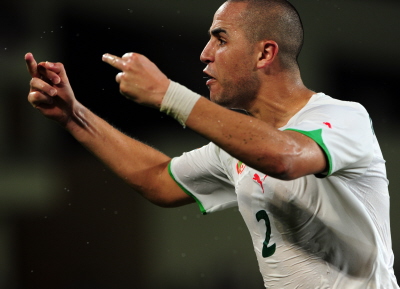 Now that’s not nice is it Madjid?

Rumour No. 1: Spanish giants Barcelona are said to be tracking Glasgow Ranger’s defender Madjid Bougherra. The Algerian put in some fine battling performances at this years African Cup of Nation’s and, after glowing reports from Yaya Toure and Seydou Keita, Barca coach Pep Guardiola has decided to make Bougherra’s name a shock addition to his summer shortlist. 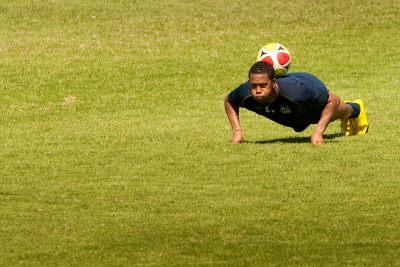 Rumour No. 2: I think you can safely file this one under ‘spurious at best’. AC Milan are reportedly preparing a huge summer swap deal with Man City to take Robinho to the San Siro, with Dutch duo Clarence Seedorf and Klaas-Jan Huntelaar going the way.

The Best of the Rest: Bayern Munich winger Franck Ribery is seriously considering a summer move to Barcelona after his compatriot Thierry Henry sang the praises of the Catalan club to him.

Real Betis are chasing former Blackburn striker Shabani Nonda. The 32 year old forward is a free agent after being released by Galatasaray during January.

Valon Behrami is unhappy at West Ham and will quit the club at the end of the season to join either Manchester United, Manchester City or Arsenal.