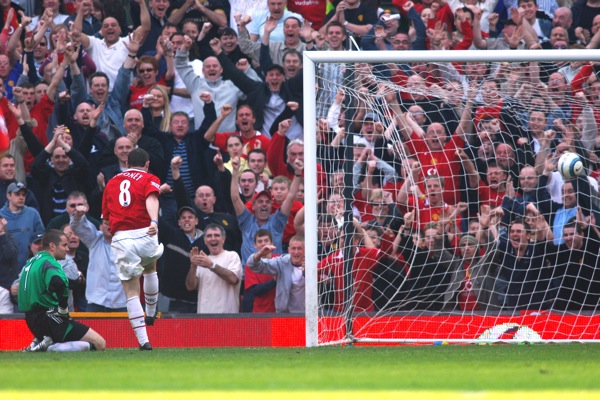 Improbably, Wazza was arguing with the ref almost up to the exact moment when he struck a volley of devastating, Shay Given-beating power. He was also about to be substituted, having picked up a knock in the first half of the game.