Apologies for the lack of posts yesterday – my hard drive melted. Here’s the round up… 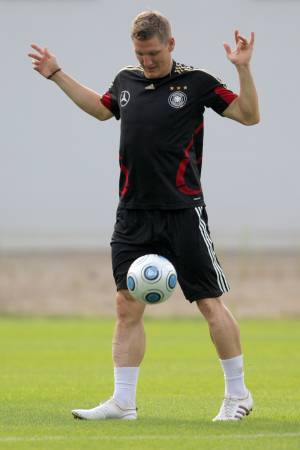 Rumour No. 1: Chelsea are rumoured to be planning a massive summer spending spree that will see Roman Abramovich has set aside a spare £70 million for Carlo Ancelotti to spluff on incoming talent. 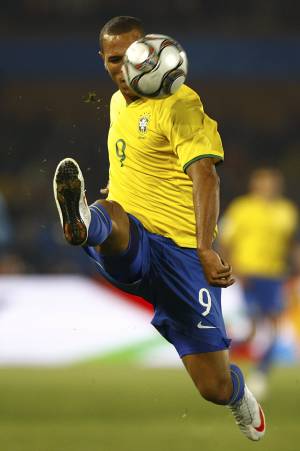 Rumour No. 2: Another name being linked with a close-season switch to Stamford Bridge is Sevilla’s Brazilian hitman Luis Fabiano. Chelsea and Manchester City are apparently ‘on alert’ after the 29 year old striker admitted that ‘things can change very quickly’  and refused to rule out a move to the Premier League.

The Best of the Rest: The ‘most speculative rumour of the day award’ goes to The Daily Mirror this morning, who suggest that Portsmouth’s Nadir Belhadj could be a shock target for Barcelona. The reason being that Barca play-maker Xavi complemented some of Belhadj’s recent performances in the African Cup of Nations. Hmmm…

AC Milan are ready to offer Manchester United Klaas-Jan Huntelaar as a potential makeweight in the deal to take Nemanja Vidic to the San Siro.

Arsene Wenger will not stop ‘Cesc Fabregas leaving Arsenal for Barcelona should the Spaniard decide to move on in the summer.

However, one player who is seeking an exit from White Hart Lane is Jamie O’Hara. The midfielder is currently on loan at Portsmouth and has conceded that he will have to leave Spurs to secure regular first team football.

West Ham are to make a move for out-of-favour Stoke striker James Beattie in the summer.

Shabani Nonda is now considering offers from Racing Santander and Real Betis after his proposed move to Portsmouth fell through last week.