As spotted outside the stadium before Liverpool’s 3-0 pre-season win over Thailand yesterday, here’s a small group of silly, ill-informed supporters (and we use the word “supporters” incredibly tenuously there) proudly holding aloft a Manchester United-baiting and largely nonsensical “Fergie go to hell, Munich 58” banner… 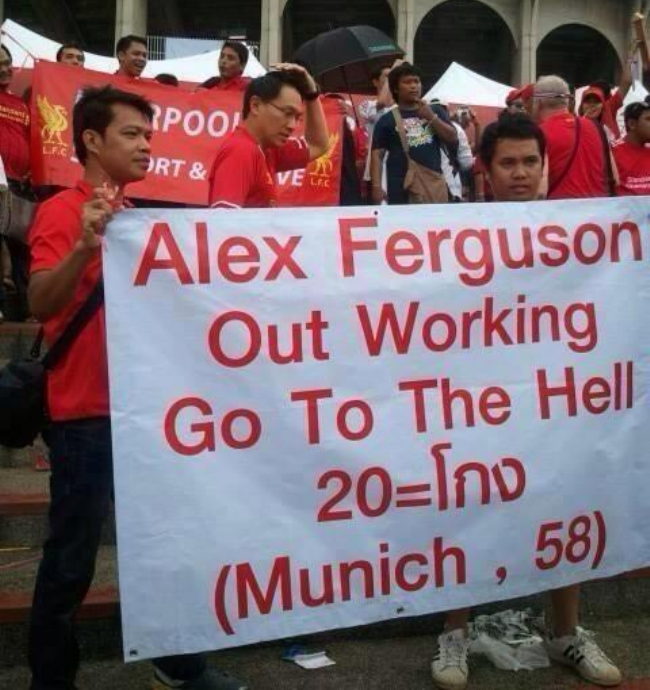 You know why they’ve done it: because they’ve seen “hardcore” Liverpool fans using Munich-based abuse to rile despised rivals Manchester United in the past and they think that by following suit it’ll somehow mark them out as “proper” fans – but in reality it’s just desperate, misjudged, utterly ignorant and incredibly pathetic, as hordes of actual LFC fans have already stated on Twitter/Facebook, etc while denouncing this vile crap.