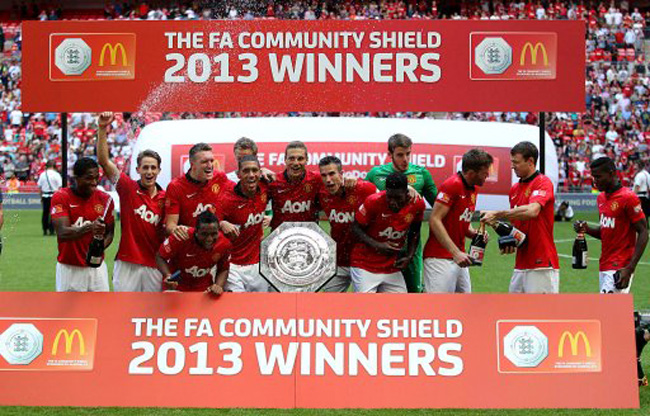 Picking up where he left off last season, Dutch hitman Robin van Persie netted a goal in either half to secure a comfortable Community Shield win for Manchester United. The win sees David Moyes kick off his reign in competitive football with a trophy after seeing side prove far too strong for Championship side Wigan.

Van Persie opened the scoring early on courtesy of a superb header before his deflected effort after the break sealed the win for the Red Devils.

Wigan boss Owen Coyle has managed to keep most of the team together as well as bringing the likes of James McClean and Grant Holt so, despite the defeat today, they will surely have a great chance of returning to the Premier League in 2014/15.