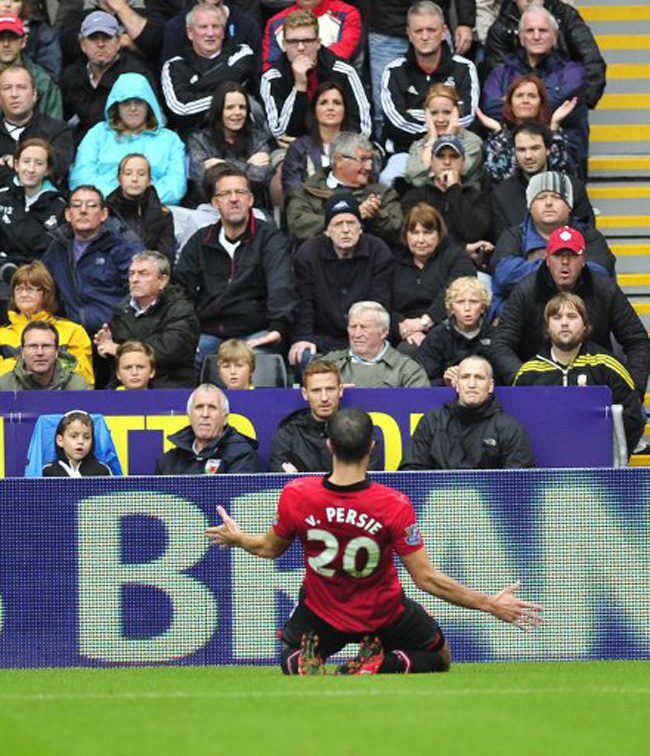 Not long after Arsenal had gone down in flame against Aston Villa at the Emirates, former-Gunner Robin Van Persie was once again inspiring Manchester United to victory, this time against Swansea at the Liberty Stadium.

The Dutch star bagged a brace, one in each half, as did Danny Welbeck, to have new manager David Moyes a league win on the opening day of the season. However, for much of the first half, it was the home side who impressed, with Michu going close more than once.

After the break, United started to dominate and on 72 minutes, Van Persie produced a magnificent finish from substitute Wayne Rooney’s pass before another sub, Wilfried Bony, got one back for the Swans. However, the visitors’ three-goal advantage was restored at the death, courtesy of Welbeck’s second of the game.

A superb start to the new season for the Red Devils, although Michael Laudrup can take some positives from his side’s first-half display.