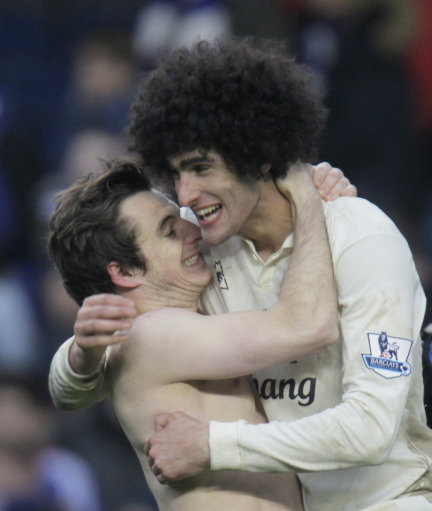 “Oh Marouane my darling, take me with you!”

Everton have confirmed that they have “flatly rejected” a combined bid of £28million for Leighton Baines and Marouane Felliani from Manchester United with David Moyes having now begun his nigh-on inevitable pursuit of his two former Toffees stalwarts.

The offer is believed to be divvied up as follows: £16million for Fellaini, £12million for Baines, which all seems pitifully low to us, but hey ho. Indeed Fellaini’s £23.5million release clause just expired a couple of weeks ago and United had a bid of £12million knocked back shortly before then.

It’s all a bit cheeky. We’re guessing Everton wouldn’t settle for anything less than £40million for the pair, with Fellaini rated at £25million-ish and Baines at £15million or so – give or take a couple of million pounds.

Moyes is definitely going to need to oomph his offer up if he’s going to make Bill Kenwright’s ears prick up.

How would you value the pair?