Wayne Rooney has just posted photographic proof of the hideous cut he suffered in training last week on his personal Facebook page in response to the growing number of doubters who seemed to thing the Manchester United man was using it as an excuse to drop out of England’s game on Friday.

WARNING: It’s probably too late if you’ve already come this far, but this thing ain’t pretty…and the cut isn’t particularly pleasant viewing either… 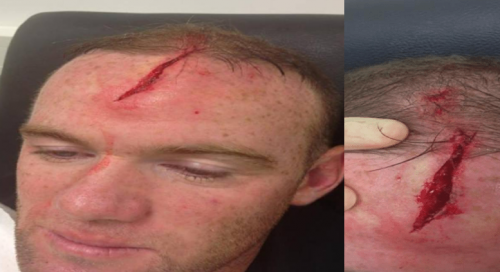 “Some people seem to be questioning my commitment to the England squad and the fact I had to pull out of the 2 games.

“There’s nothing I would like more than to be helping the lads in the qualifiers. I’m sure people will see from these images the reason why I won’t be able to play.”

Yeesh. Okay Wayne, we believe you.