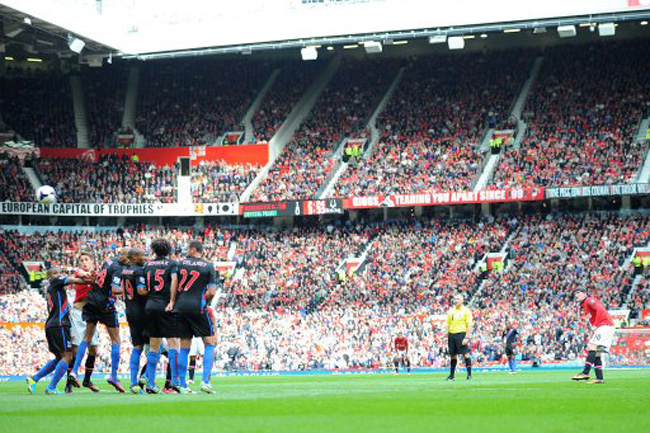 A Robin Van Persie penalty kick and a Wayne Rooney free-kick secured a 2-0 home win for United in Saturday’s early game but the win was tinged with controversy.

Ashley Young had already seen yellow for diving when, just before the break, he went down under  challenge from Crystal Palace’s Kagisho Dikgacoi on the edge of the box. Whether the challenge warranted a penalty is debatable while the incident looked to have taken place outside the area. However, referee Jon Moss (not the Culture Club drummer, I think) duly pointed to the spot and sent of the unfortunate Dikgacoi. Van Persie netted from the spot-kick, setting up a second period where the home side dominated.

David Moyes sent on new-boy Marouane Fellaini but it was Rooney who would dobule his side’s advantage, courtesy of a decent curling free-kick, albeit one which ‘keeper Julian Speroni should have got his fingers too.