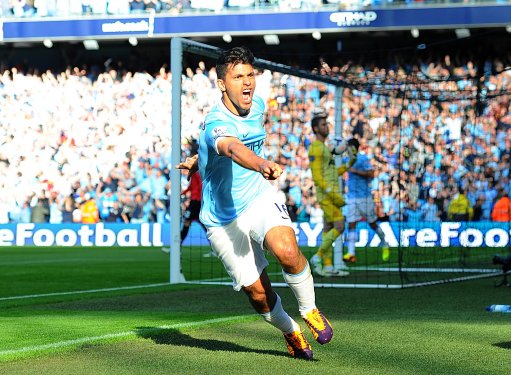 2. United looked worryingly devoid of threat without Robin van Persie spearheading their attack. Rooney looked like he was playing on his own when attempting to drive forward with Ashley Young, Danny Welbeck and Antonio Valencia all utterly flaccid entities.

3. Other than the remorseless teasing, the result won’t hurt United too much. As a fevered reaction, they’ll probably maul Liverpool midweek and all will be well again as they systematically pick off all the Premier League’s lesser lights and stroll to second place. As we’ve seen countless times before, it’s the “small” matches that count in the long run.

5. Speaking of Kompany, that was a captain’s innings from Vinny. Gary Neville described the Belgian behemoth’s peerless performance today as one of if not the best he’s ever seen from a centre-back. Hard to disagree.

6. Aguero never met a cross he couldn’t stick away with aplomb…

6. When the game sparked in the 20 minutes either side of half-time, City collectively put on an absolute masterclass of aggressive, proactive defending from front to back.

7. We’re still not seeing what the £34million City spent on Fernandinho went towards. 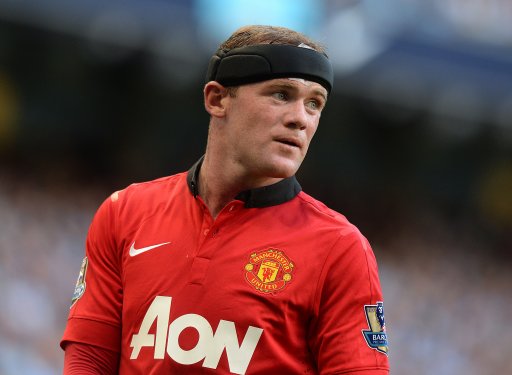 9. If United need to replace a player, it’s Valencia. Predictable, hopelessly one-footed, a bit slack defensively and not particularly good at the things he’s supposed to be good at, i.e, crossing.

Agree/disagree? Struck by any epiphanies of your own during the game? Feel free to share…