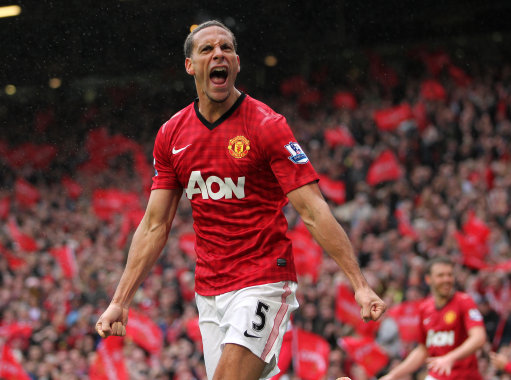 “And the award for looking most like a cartoon camel goes to…Rio Ferdinand!”

There are many strings to Rio Ferdinand’s bow, what with him being all media savvy, having a brand and owning a restaurant and what not.

According to the press release, the Footies will “bring together football and music” at a “star-studded event” which will “celebrate the best of what the season had to offer, with live music from headline acts famous for their love of football”. Example. It’s going to be Example, isn’t it?

We’ll give you one guess who’s on hosting duties. Sadly we won’t be treated to Anton Ferdinand and John Terry teaming to provide the awkwardest co-host pairing since Sam Fox and Mick Fleetwood. It’s James Corden. Of course it f**king is!

Will Steven Gerrard be DJing? He better be. You know how angry he gets when they won’t play “No Jacket Required” in its entirety for him.