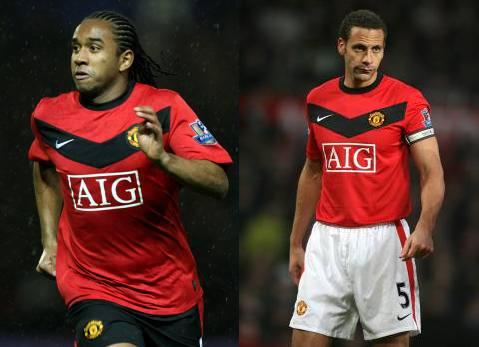 Midfielder Anderson suffered a cruciate ligament injury during United’s win over West Ham on Tuesday and is expected to miss the rest of the season, including The World Cup. The injury will be one more in a long line of setbacks for the Brazilian, who was just beginning to force his way back into the frame at Old Trafford after a series of disputes with Sir Alex Ferguson.

Meanwhile, Rio Ferdinand felt yet another twinge in his back (during the same game) and is expected to be sidelined for a couple of weeks, thus ruling him out of the Carling Cup final on Sunday and England’s friendly against Egypt on Wednesday.

Whereas I think they can probably do without Anderson for this Sunday’s final, Man Utd could of definitely done with Ferdinand being fit to face the likes of Agbonlahor, Heskey and ‘Jonka’ Rew.