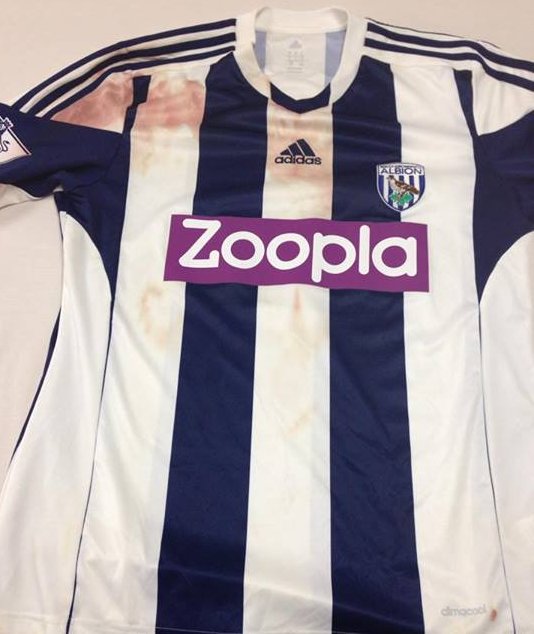 The competition blurb reads as follows:

“Okay, we have an utterly amazing prize to give away today! Jonas Olsson had a bit of a John Wile moment against Man Utd and as a result his match shirt ended up a bit the worse for wear!

“Well, we have got our hands on that very shirt and we are giving it away to one of you!

“To have a chance of winning the shirt of the man who skippered Albion to victory against United all you have to do is like and share this post before 5pm tomorrow (1/10/13) but don’t forget you also need to ‘like’ our page to win.

“Oh and don’t go using the DNA on the shirt to clone your own Jonas (or Clonas) if you win!”

For the uninitiated, this is what a John Wile moment looks like… 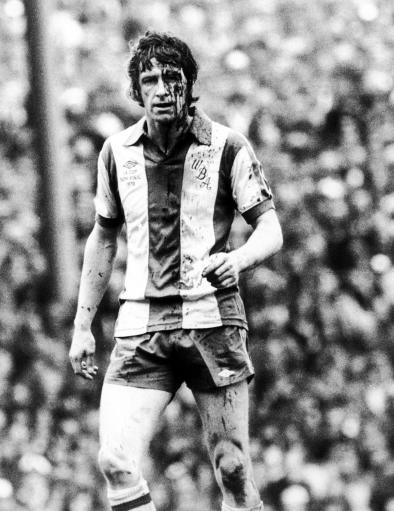 Nice. Nice too that The Baggies have also added a disclaimer to prevent the winner from using Olsson’s smeared DNA to try and clone the lanky Swedish centre-half.

They’ve seen The 6th Day; they know what could happen!