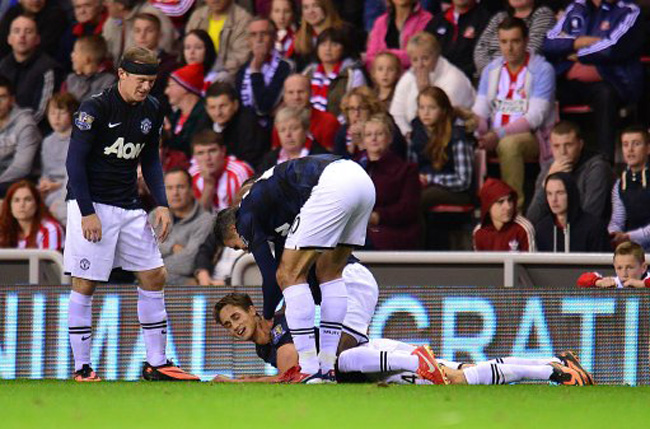 Remember the date – 5th October 2013 and remember the name – Adnan Januzaj, actually don’t bother, you can always just Google it. Still, Saturday afternoon at the Stadium of Light saw the birth of a (potential) new United star in the youthful, gifted form of Belgian teen Adnan Januzaj.

The attacker pretty much singlehandedly rescued the game for the visitors after Craig Gardner opened the scoring early doors after some dismal United defending. Netting twice in the second-half, with the second a superb volley, Januzaj added a touch of class to the United side who, for long periods of the game, struggled against the home side. Indeed, only for a cracking save from David De Gea from Emanuele Giaccherini in the first half, David Moyes’ men could have found themselves two goals down. The former Juventus man then missed an even better chance as the Black Cats, under the guidance of caretaker boss Kevin Ball, played with a real skip in their step.

However, after the break, Januzaj netted his brace to secure a much-needed win for David Moyes and get the UK media in a lather over this new kid on the block. However, I think he might actually be the real deal, although he did somewhat blot his copybook with a shameless dive in the first half. But still!