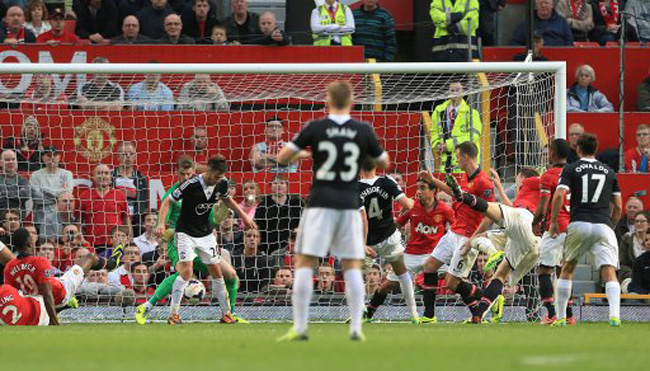 A late Adam Lallana goal secured a precious point for Southampton away at Old Trafford on Saturday, as the Red Devils failed to make the most of their dominance.

After a decent start by the Saints, man/boy of the moment Adnan Januzaj created the chance which was ultimately finished off by Robin Van Persie to bag the opening goal of the game as the home side looked set to cruise to victory. However, the second goal never came, with Wayne Rooney and Van Persie both missing  a number of chances to double their side’s advantage.

Then, with time running out, the visitors drew level when Lallana tapped in from close-range.

While Southampton are now fifth, four points off the top, David Moyes’ men are eighth, a sizable eight points behind league-leaders Arsenal.