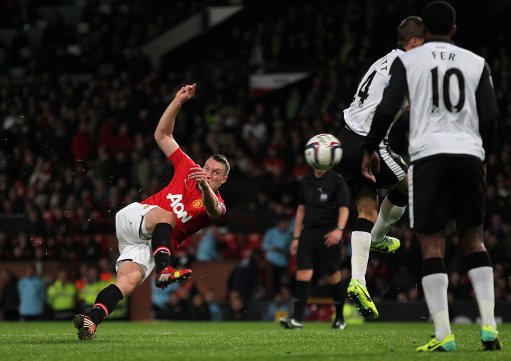 Coming after the Red Devils’ dramatic win against Stoke at the weekend, Old Trafford once again witnessed a win for the home side on Tuesday night, albeit in a far more straightforward fashion.

Goal-hero from the weekend, Javier Hernandez bagged a brace against a limp Norwich side, with his goals coming on 20 (from the penalty-spot) and 54 minutes as the home side proved to strong for the Canaries.  Adnan Januzaj once again sparkled for the Red Devils while the visitors created very little.

Late goals from Phil Jones, courtesy of a fine volley, and Fabio sealed the deal for United as they moved with ease into the last eight of the competition.