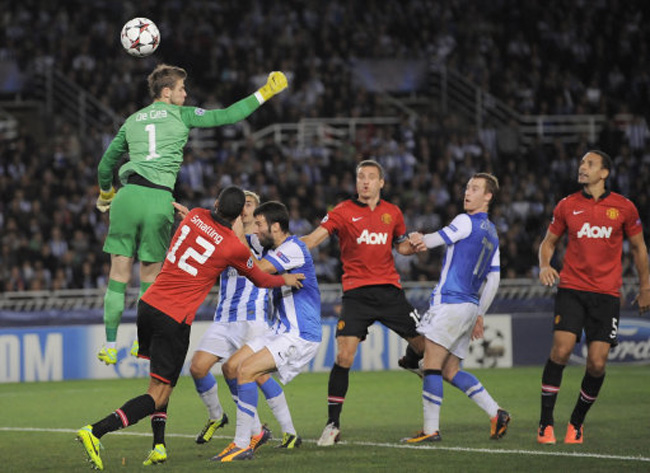 Manchester United failed to all but cement their place in the knockout stages of the Champions League after playing out a disappointing goalless draw in Spain.

Good chances were few and far between for both sides but after the break the game became more open, with Javier Hernandez missing a right sitter before sub Robin Van Persie hit the woodwork after an Ashley Young centre. The Dutchman then fluffed his lines with a spot-kick, again hitting the frame of the goal. That penalty came after another one of Mr. Young’s trademark ‘simulations’, by the way.

Late on Marouane Fellaini was sent off for a second bookable offence as David Moyes’ men failed to really spark.

Photos (apologies for the dearth of decent pics here)…