We’re sad to say that Bill Foulkes, one of the oldest surviving members of the famous ‘Busby Babes’, former Manchester United captain and bona fide one-club man, has passed away today at the age of 81, as confirmed by the club themselves.

After giving up his job down t’pits to join United as an amateur in 1950, Foulkes made his professional debut in 1952 against Liverpool and went on to rack up 688 appearances at centre-back for United (a total only surpassed by Sir Bobby Charlton, Ryan Giggs and Paul Scholes), being made club captain in the aftermath of the Munich air disaster (previous incumbent Roger Byrne sadly lost his life in the accident) and becoming a central figure in Sir Matt Busby’s reborn team – winning the 1968 European Cup title as well as four league titles and an FA Cup during his time at Old Trafford.

One look at him in his prime tells you all you need to know: the puffed chest, the grizzled features; the man was a mountainous presence at the heart of United’s defence. Basically, we’re talking about the Nemanja Vidic of the post-Munich era, here… 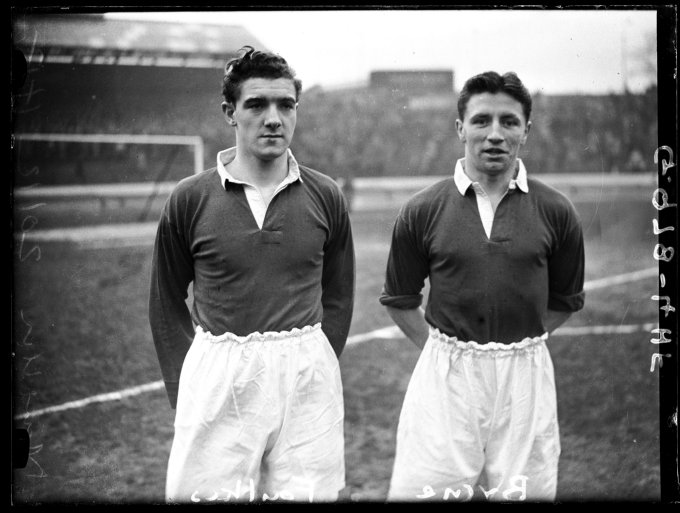 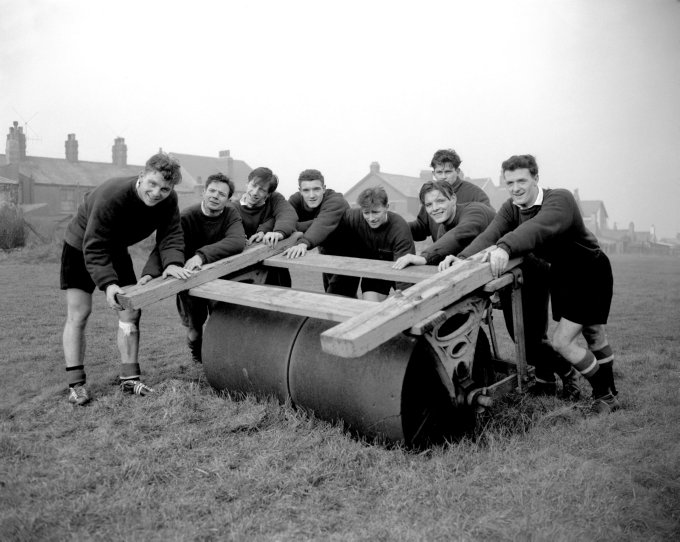 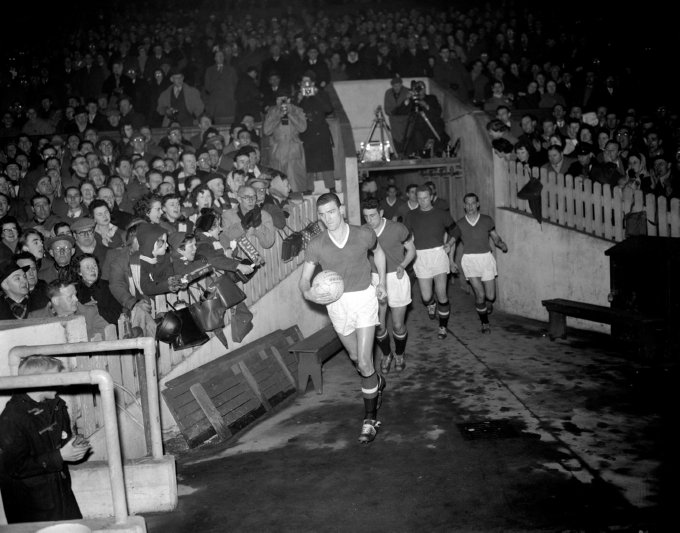 New United captain Bill Foulkes leads his makeshift team out of the Old Trafford tunnel for their first match since the Munich Air Disaster – an FA Cup fifth-round tie against Sheffield Wednesday, Feb 1958 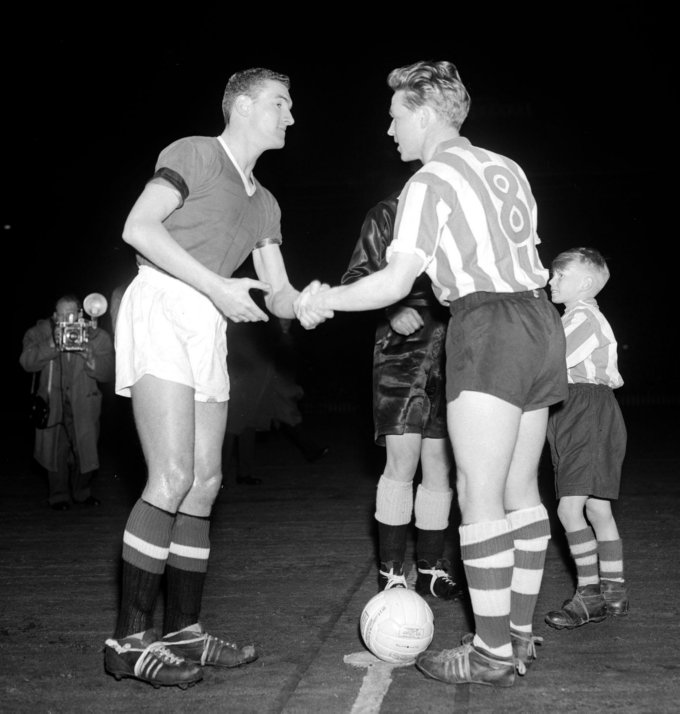 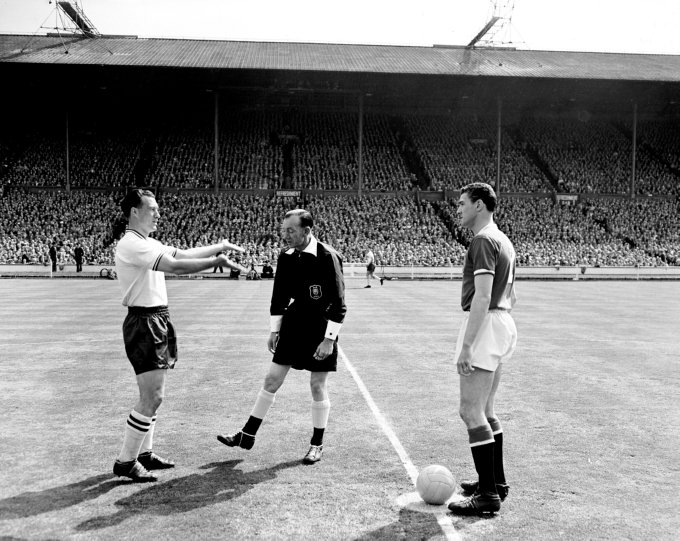 Referee J. Sherlock looks on as Bolton Wanderers captain Nat Lofthouse (left) offers the choice of kick-off or ends to United captain Bill Foulkes (right) after losing the toss ahead of the 1958 FA Cup Final at Wembley 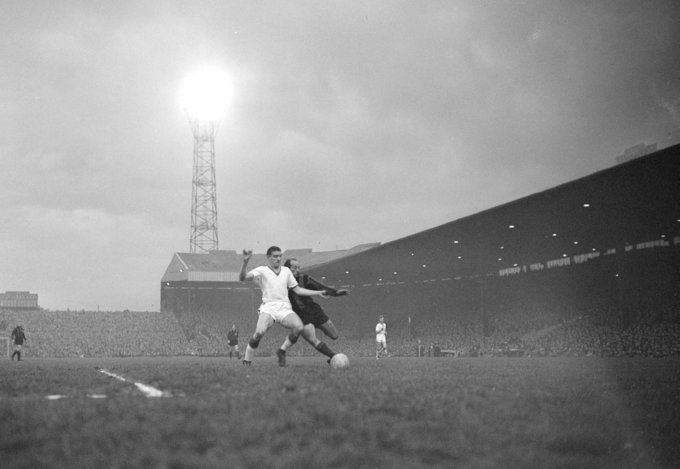 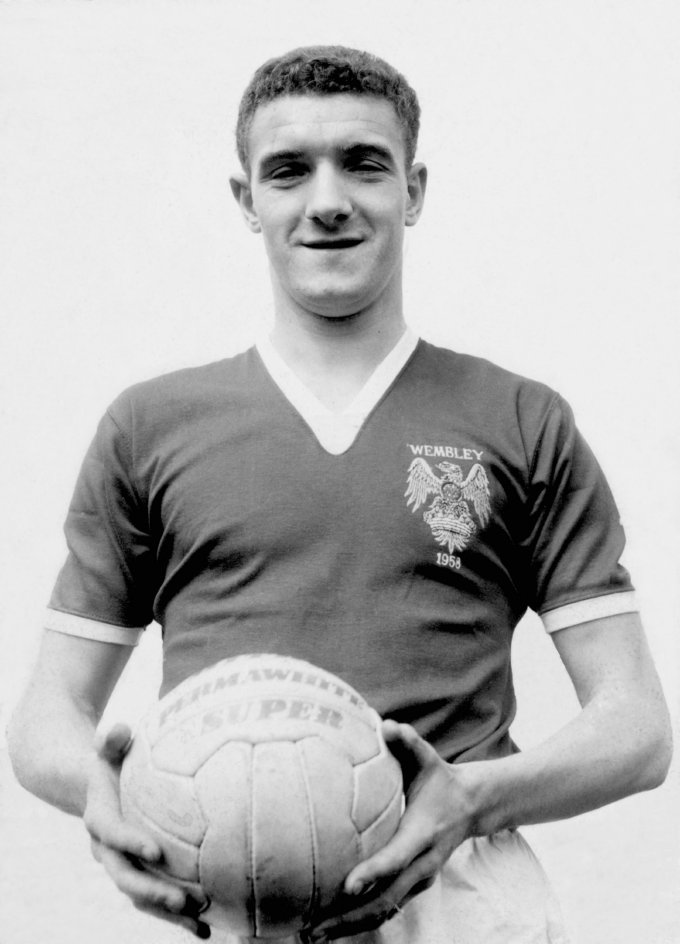 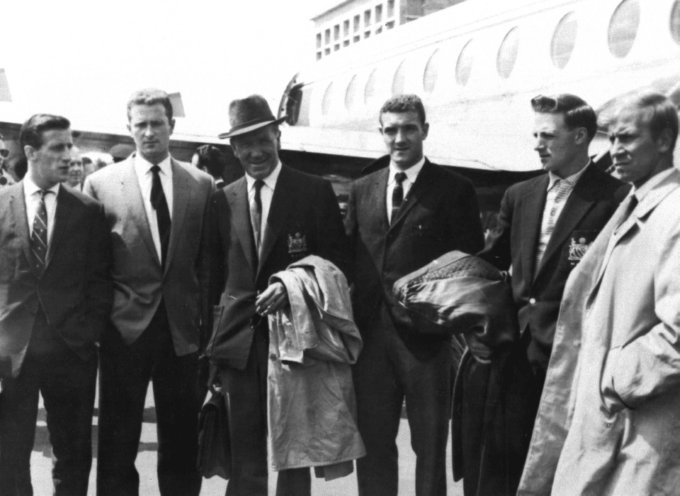 Several surviving members of the disaster, including Sir Matt Busby, Sir Bobby Charlton and Bill Foulkes, return to Munich Airport to lay wreathes in honour of the eight United team members who lost their lives the previous year, 1959 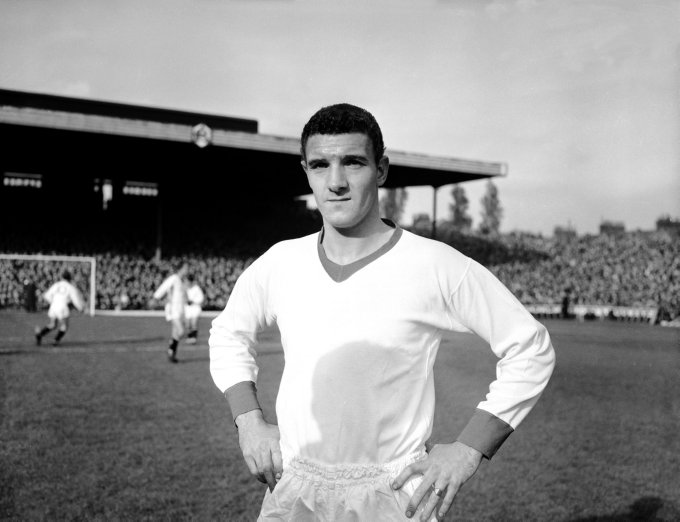 Bill Foulkes stops for a quick pre-match photo ahead of United’s Division tie against Arsenal at Highbury, 1961 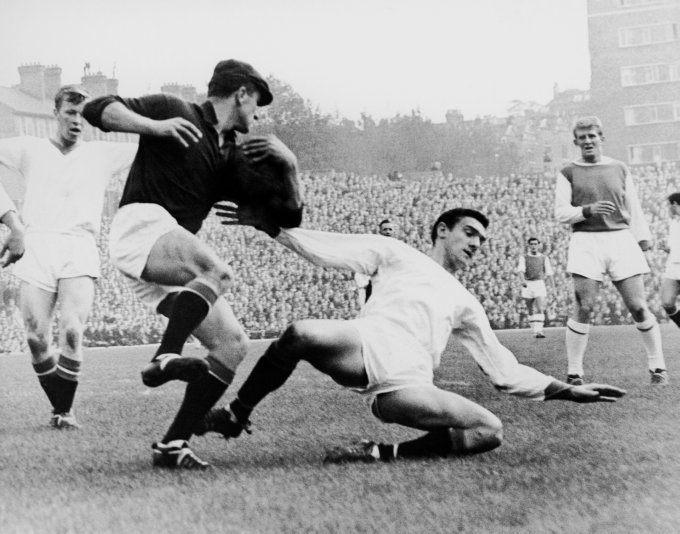 United goalkeeper Harry Gregg collects the ball against Arsenal as Bill Foulkes slips over in the area, 1961 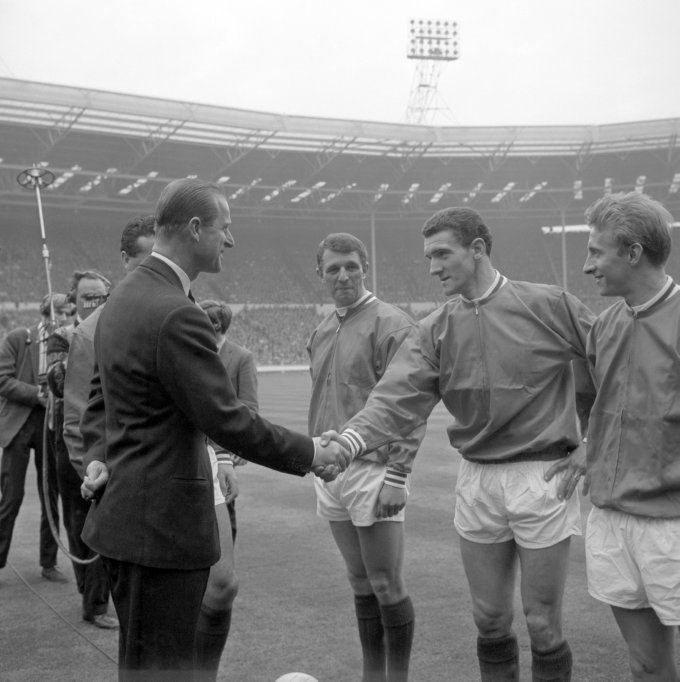 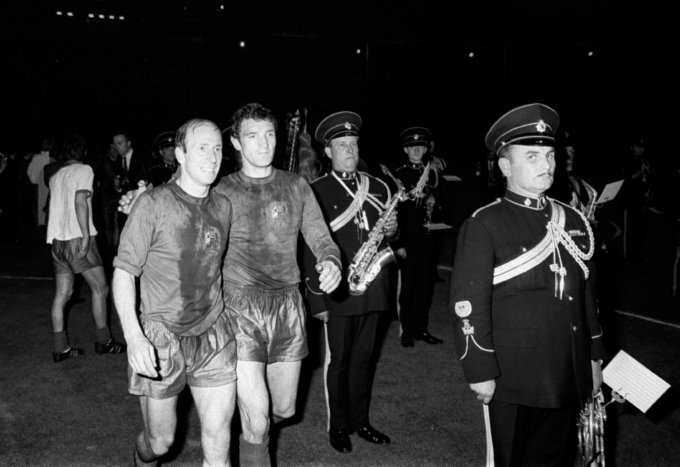 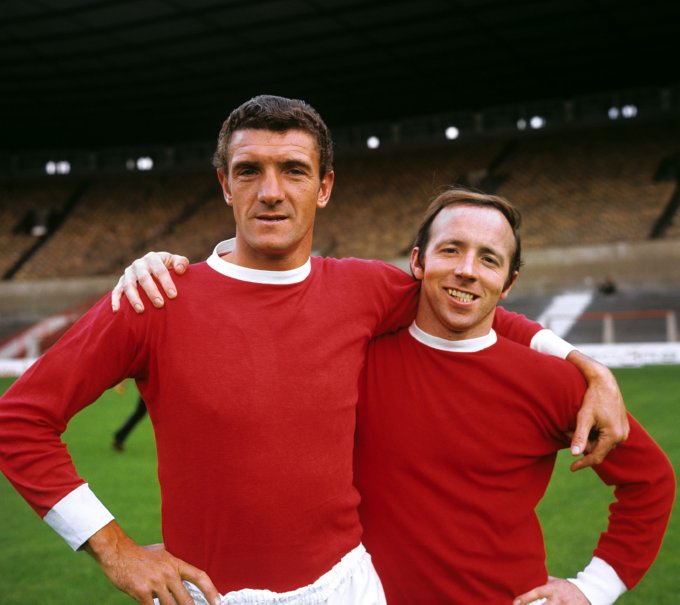 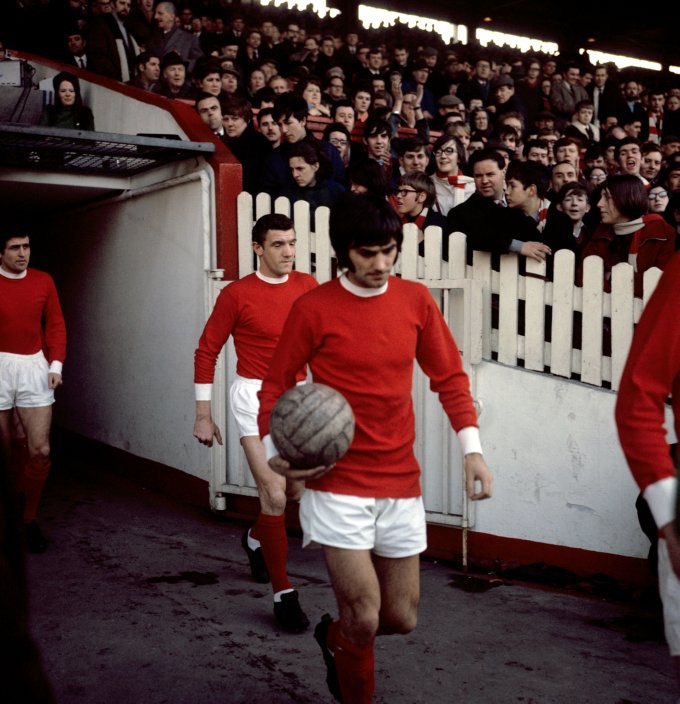 Bill Foulkes follows George Best out of the Old Trafford tunnel ahead of the derby game against Manchester City, 1969 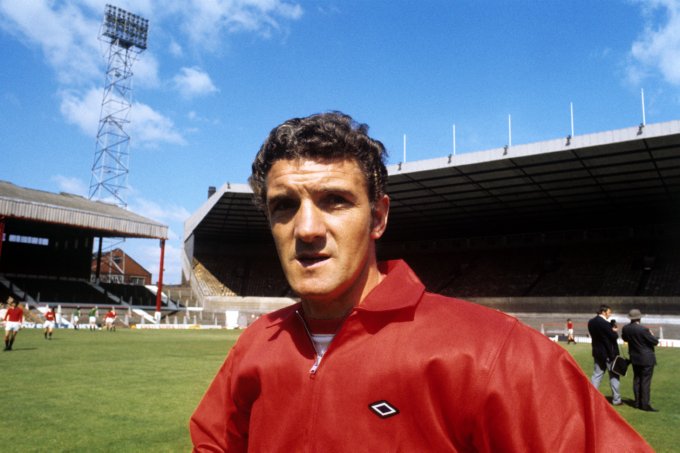