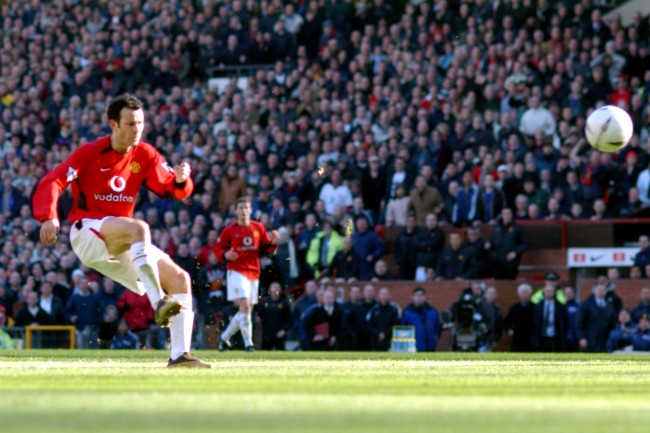 Anyone remember what happened next?

Ryan Giggsy Wiggsy turns 40 today and, to mark the momentous occasion, we thought we’d revisit what perhaps might be the only memorable blip (other than the one we’re still not sure if we’re allowed to mention from a legal standpoint) in a career of nigh-on unparalleled success and longevity – his simply marvellous open-goal miss against Arsenal in the FA Cup fifth round at Old Trafford in 2003.

Why? Because that’s the kind of people we are.

Anyway, the game was a bit of a fractured, tempestuous affair (as almost every single United-Arsenal game was back in those halcyon days) and the score was mired at 0-0 when Giggs pipped Martin Keown to the ball and cut inside past a floundering David Seaman, thus freeing himself up to roll the ball into the empty net and alleviate all the mounting tension inside Old Trafford. 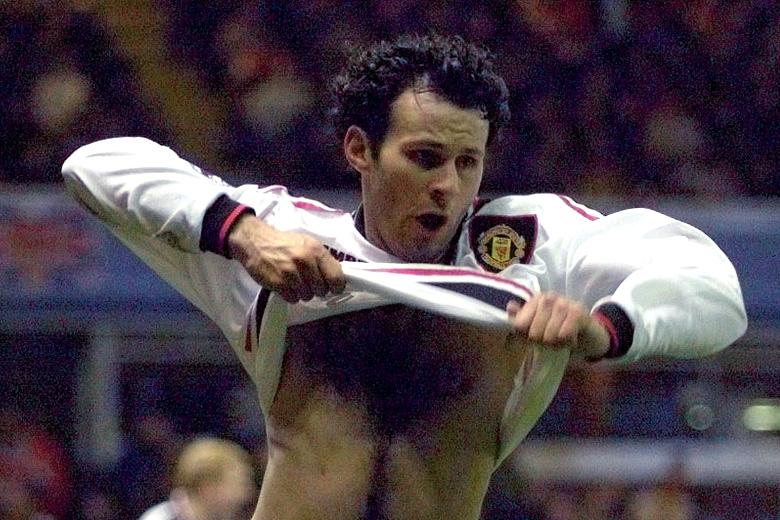 Warm, giddy memories of Giggs’ winner against Arsenal in 1999 began washing across Old Trafford: the Welshman whirling his white shirt around his head while his dense thicket of chest hair rippled like a breeze across a corn field: but, instead, he inexplicably floated a flaccid shot high into the Stretford End and Arsenal went on to win 2-0 (before then going on to win the FA Cup outright)…