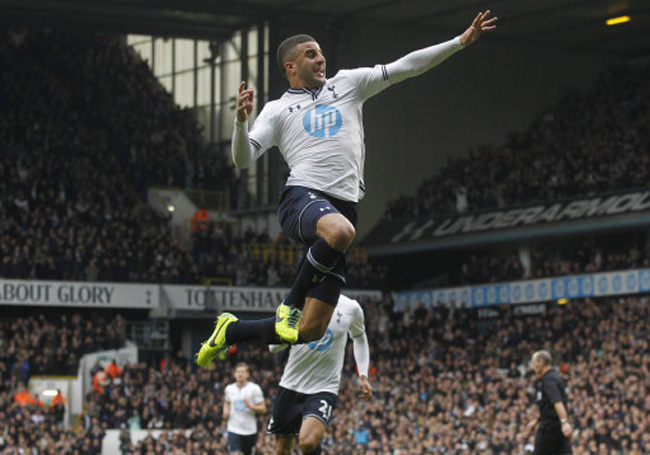 Spurs and Man Utd both failed to make significant inroads into Arsenal’s lead at the top of the table after an entertaining four-goal clash at White Hart Lane.

Kyle Walker opened the scoring on 18 minutes, with his free-kick going under the jumping United wall but on the half-hour mark Wayne Rooney levelled the scores from a Phil Jones cross. Indeed, Rooney was outstanindg throughout and bagged his second goal of the game, from the penalty spot on 57 minutes after Danny Welbeck was felled in the box. Rooney’s second came after Sandro had put the Lilywhites ahead courtesy of a howitzer from long-range but with the game art 2-2, neither side to go on and win it, despite a number of chances on both sides.

The result sees Spurs go 10 points behind the Gunners and the Red Devils nine. Is it too early to rule both these sides out of the title race?