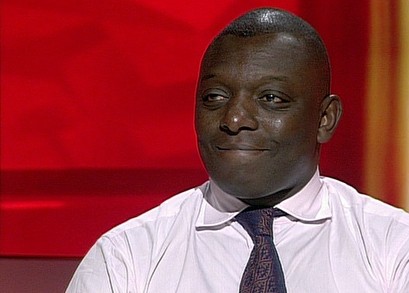 Every Monday morning, the BBC’s resident “expert pundit” (and we use both words incredibly dubiously there) Garth Crooks presents his ‘team of the week’ over on the BBC Sport website, made up of the 11 Premier League players who have caught his discerning, astute eye over the weekend.

This team usually just includes anybody who managed to score (Stoke ‘keeper Asmir Begovic was included a couple of weeks ago after scoring a fluke goal against Southampton despite conceding from one of the two shots on target he faced) but Crooks has strayed from his well-trodden, nigh-on myopic path this week to include Wayne Rooney for what may just be the most baffling reason he’s ever mustered. 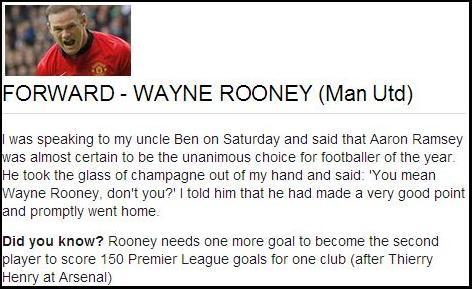 Wait…what? How long did it take to toss off this utter bilge? It’s like the mutterings around the card table in One Flew Over The Cuckoo’s Nest.

It’s almost as if the BBC are testing us; waiting for the general footballing populace to snap as they allow Crooks to sink further and further into faux-informed inanity.