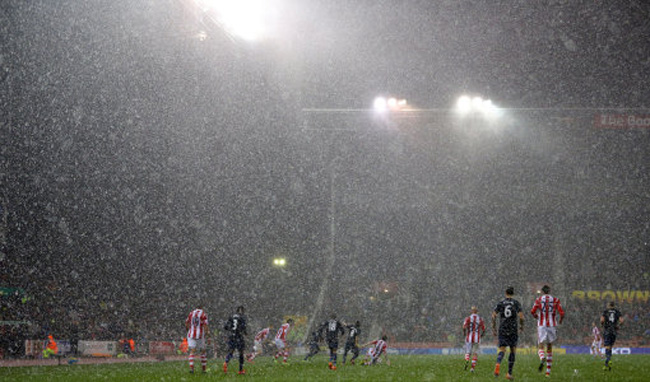 Superb strikes from Ashley Young and then Patrice Evra secured an impressive 2-0 win for Man Utd on a blustery night at the Britannia. Indeed, the weather was so awful that ref Mark Clattenburg suspended the game in the first-half for a bit due to heavy hail showers. However, ultimately it was the visitors who would battle to victory, courtesy of a cracker from Ashley Young on the hour-mark, followed by a fine effort from Patrice Evra. Sunderland await David Moyes’ men in the semis.