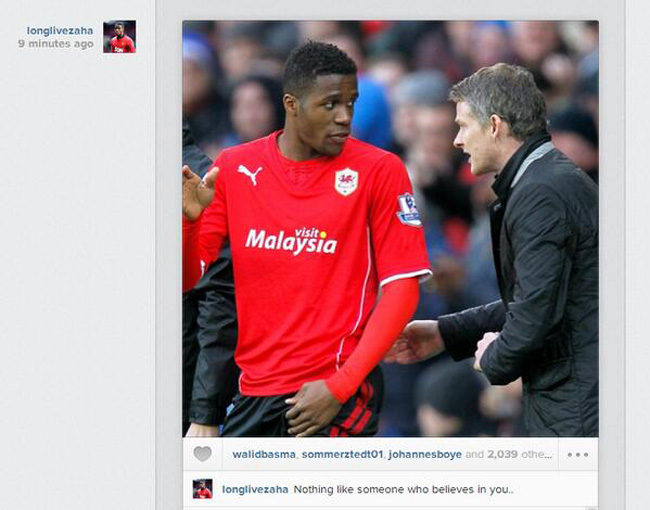 Quite the barbed comment this from young wideboy Wilfried Zaha who, on Monday, posted a photo on Instagram of new boss Ole Gunnar Solskjaer giving him instructions, alongside the words “Nothing like someone who believes in you”. Ignoring the questionable grammar, this was obviously  a shot aimed at Manchester United manager David Moyes, who rarely played the winger before letting him join Cardiff City and Solskjaer on loan during the transfer window.

Soon after the photo had been posted on Instragram it was taken down, no doubt after a gaggle of PR people went into group meltdown. Still, it’ll be interesting to see what happens when Zaha returns to Old Trafford in the summer, although to be fair, Moyes may not be there himself.