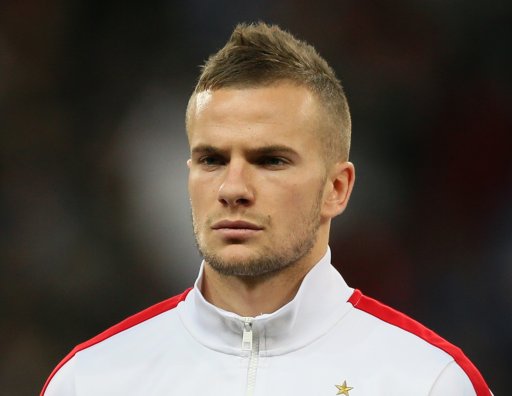 An England fan has started a petition to have Tom Cleverley banned from inclusion in this summer’s England World Cup squad on the grounds that the Manchester United midfielder doesn’t possess “any genuine qualities whatsoever”.

The “Ban Tom Cleverley from the World Cup squad” campaigned is directly petitioning the FA to veto Cleverley from travelling to Brazil and was created by Glenn McConnell from Blackpool – who outlines his manifesto thus:

“Tom Cleverley, owner of 13 England caps, six more than Ross Barkley, Adam Lallana and Leon Osman combined, has been regularly selected by Roy Hodgson in his squads without possessing any genuine qualities whatsoever.

“We believe for the reputation of this proud footballing nation that he should be prevented from participating in this summer’s international showcase.

“Whilst England are considered to disappoint at major tournaments, further embarrassment could be avoided by not having his inept performances undermine the rest of the team’s efforts.”

The petition, created a few days ago on Change.org, already has 7,281 signatures (at time of writing) so, if we extrapolate using Pies’ own brand of naff mathematics, is on course to have 225,711 signatures by the time Roy Hodgson submits his final World Cup squad to FIFA – assuming he submits it on the day of the deadline, June 2nd.

My oh my, English football loves a scapegoat-of-the-month.