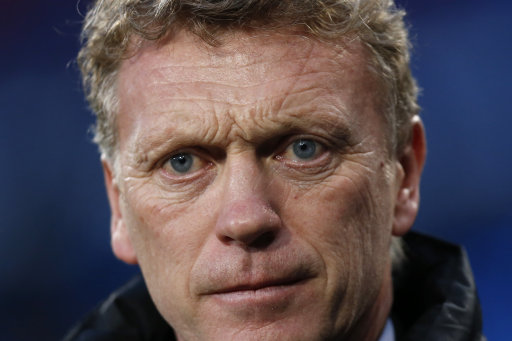 As you may have heard, David Moyes has written an open letter to the Manchester United fans to thank them for their loyalty (ahem) during his “difficult” first season at Old Trafford via the club’s ’12th Man’ magazine which is sent to United season ticket holders on a quarterly basis.

The slightly desperate-sounding letter, entitled “A word from The Boss“, has been widely panned by both disenchanted United fans and chortling non-United fans alike in social media circles over the course of the day, but we can’t help but feel like Wrinkly Dave’s been misunderstood, perhaps willingly – so Pies have taken the liberty of deciphering it for him…

“While I knew that this job would be a challenge when I took it on, the difficult season we have experienced was not something that I envisaged.”

Translation: “Well, roger me sideways with a shiny shoe; I thought this gig ‘d be a piece of pish!”

“I am desperate to compensate for [the difficult start].”

“You are accustomed to seeing a successful Manchester United”

“Away from home the travelling fans have remained the best in the country, while at Old Trafford your unwavering faith has been noticeable and hugely welcomed. Supporting your team when they are winning is easy, but much harder when things are not going as well, and the loyalty you have shown us has been magnificent.”

“Thank Christ you can’t hear the Stretford End from where ah sit.”

“Everywhere we turn, people outside the club have a lot to say about Manchester United, but we have all stuck together through some tough times this season.”

“Ah’ve signed that Cleverley petition too.”

“Everything we have been through will make us a better, stronger team and club in the future.”

“Better and stronger – like Stoke, West Brom, Swansea, Newcastle and the mighty Olympiakos.”

“A big step towards that will be transforming Old Trafford back into the fortress it has long been renowned as, and we will do everything in our power to get the positive performances and results to do that…”