It has been noted by some statistician somewhere that David Moyes’ managerial record as taken at this point in both 2013/14 with Manchester United and in 2012/13 with Everton make for remarkably similar viewing, with a mere +1 goal difference this year being the only thing to differentiate between the two… 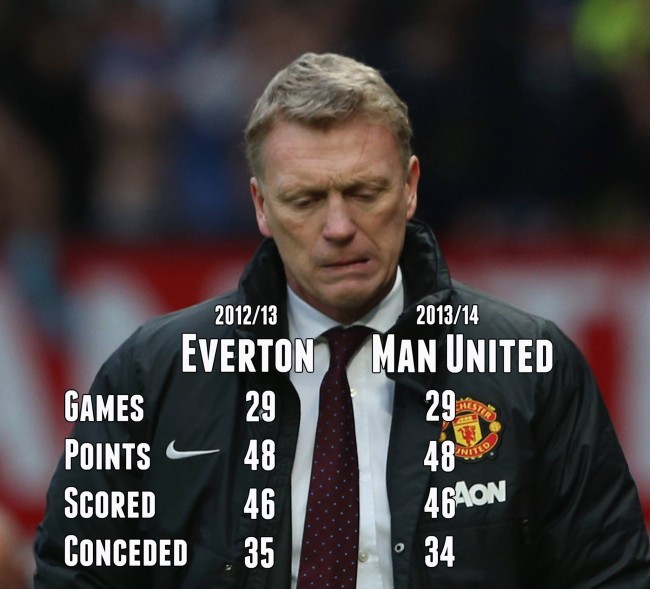 See? He is doing a good job after all!

At this rate of year-on-year improvement, Moyes will have United back on top by roughly the year 2080. Onwards and upwards!