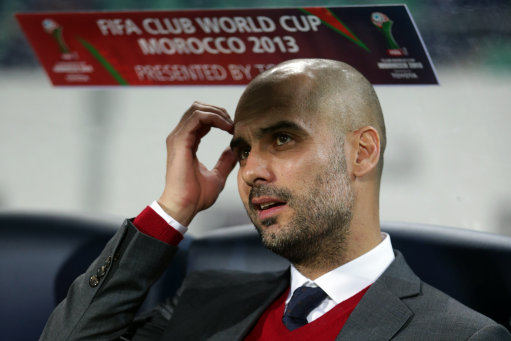 Bayern Munich coach Pep Guardiola has joshed that he may well have taken the Manchester United job a couple of years back but for his inability to decypher Sir Alex Ferguson’s nigh-on impenetrable Scottish accent.

Having left Barcelona at the conclusion of the 2011/12 to embark upon a self-imposed 12-month managerial sabbatical, Guardiola met with Ferguson for a casual dinner in a New York restaurant five months before United’s Scottish overlord announced he was retiring – joking that he may have unwittingly passed on the opportunity to take over from Sir Alex at Old Trafford as he was unable to understand him properly.

“He invited me to a super restaurant. It was a friendly dinner, like always. He was so gentle and we spent a very good time together.”

Even a man who speaks three languages with impressive fluidity (especially his German swearing) couldn’t made head nor tail of Sir Alex’s mulched-up Scottish burr so, sadly for United fans everywhere, the club were forced to pursue the only suitably-Glaswegian candidate able to come anywhere near comprehending Fergie’s wordless slurring.

However, when Rab C. Nesbitt then turned the job down, David Moyes was waiting in the wings…