Hat’s off to Australian newspaper MX (essentially Sydney, Brisbane and Melbourne’s answer to the Metro), who, after failing to get there hands on a suitable photo of Louis van Gaal for a recent story about Manchester United’s managerial situation, opted for the next best thing… 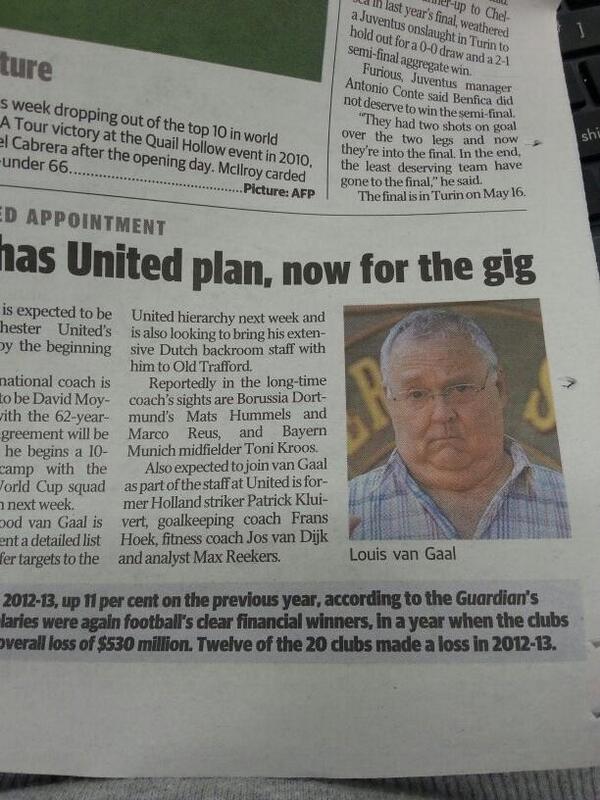