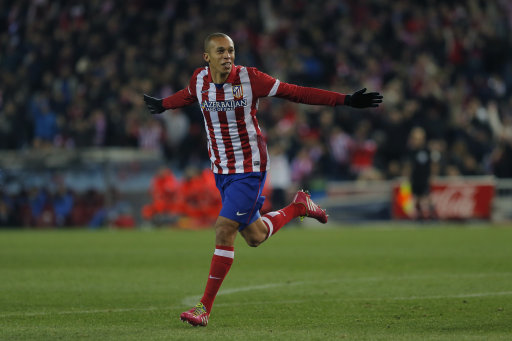 According to reports emanating from Spain this morning, specifically in AS, Manchester United are on the very brink of completing a £24million deal for Atletico Madrid centre-back Miranda.

Miranda has enjoyed a fantastic season at the back for Atletico, putting in a series of rock solid shifts as his side went from also-rans to league champions in the space of ten months under Diego Simeone’s fiery tutelage.

AS are reporting that United have been in talks with Miranda since Louis van Gaal’s appointment was confirmed and are more than willing to pay his release fee of €30million to trigger a move and start plugging the gaps in their newly porous back-line – though Barcelona are also supposedly keen to take a punt on the 29-year-old Brazilian.