George Best peddled several versions of his signature (and incredibly futuristic for the late 1960’s) Stylo Matchmaker football boots during his heyday, but he also put his name to a leather casual shoe aimed squarely at schoolboys – the pithily-named ‘Georgie Best Strikers from Stylo Matchmakers’… 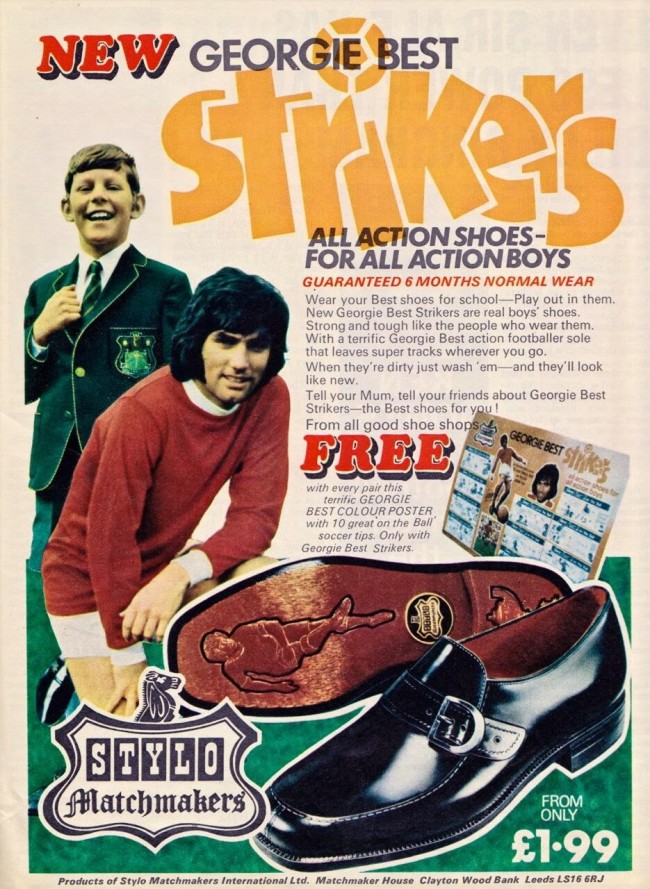 Aside from being devilishly stylish, guaranteed to last six months (if used ‘normally’), the free poster and being an utter steal at just £1.99, the real selling point was the “Georgie Best action footballer sole” which featured imprints of the man himself and an FA-esque cup on the heel.

Also, if they got dirty, you could just wash ’em! Y’know? Just like every other pair of shoes ever!