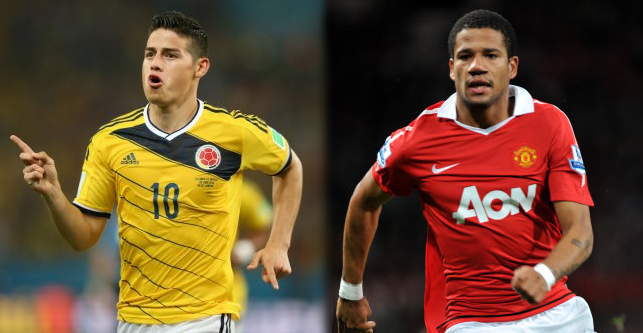 The Guardian are reporting tonight that, back in 2010, Manchester United were offered Colombian wunderkind James Rodriguez for a piddly £5million, only for Sir Alex Ferguson to pass and shell out £7+million on Bebé a few weeks later.

Ouch. Hindsight can be one hell of a cruel bitch sometimes.

“Intermediaries first approached senior scouts at Old Trafford in 2010, when the (17-year-old Rodriguez) was establishing his reputation at Club Atlético Banfield in Argentina.”

“The player was available for as little as £5m when he was touted to United, a club who employed a permanent scout in South America and had close ties with the region.”

“Sir Alex Ferguson was close to securing Javier Hernández from Guadalajara at the time, but the agents attempting to bring Rodríguez to Europe received no response from United.”

“A few weeks later, United instead spent £7.4m on Bebé – only five weeks after the Portuguese had signed for Vitória Guimarães – to bolster their attack – despite Ferguson later admitting he had never seen the striker play.”

J-Rod then moved to Portugal for £4million where he won the domestic double and the Europa League in his first season.

United once again expressed an interest in the Colombian in the summer of 2013, but were put off by the astronomical asking price they were quoted by Porto.

Rodriguez then eventually moved to Monaco for the astronomical sum of £38.5million and the rest, as they say, is history!