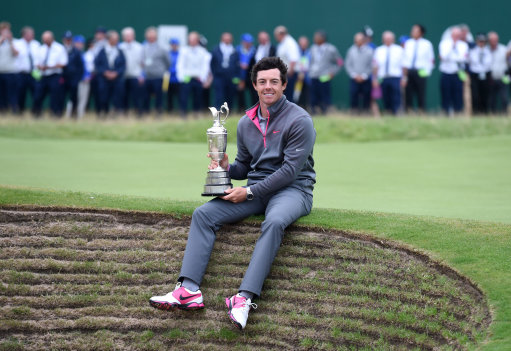 Here we were thinking that Rory McIlroy was just a fancy ventriloquist’s dummy used on Santander adverts, but it turns out he’s actually a professional golfer (yes, apparently they have those these days!) and a rather good one for that matter – with the 25-year-old Norn Irishman doing some good putting, etc on his way to winning the 2014 Open Championship over the weekend.

Unfortunately for McIlroy, the tournament was staged at Hoylake in Liverpool and, for reasons beyond our comprehension, the staunch Man Utd fan saw fit to mention his football club allegiance after winning first prize (his money back and a ticket for a free go around the course, we assume) in front of several hundred Merseyside locals…