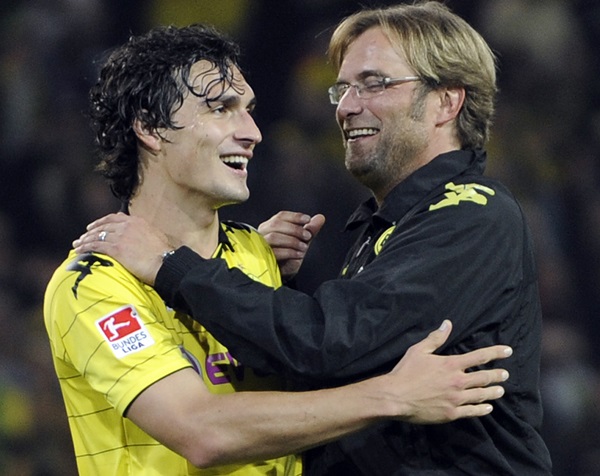 It would appear that Manchester United fans may have to forget about Mats Hummels joining the club at any point in the near future, as Borussia Dortmund coach Jurgen Klopp has issued a fairly definitive response to the ongoing rumours of a transfer this summer.

According to German journalist Raphael Honigstein, when asked if there was any truth in the tittle-tattle, Klopp replied with a choice piece of Klopptology:

“If that’s not a bullshit story, I’ll eat a broom stick!”

Something tells us he would as well.

This from the very same man who once described new signing Henrikh Mkhitaryan‘s integration into the Dortmund system as “fitting like an arse on a bucket”.

The man’s a poet.