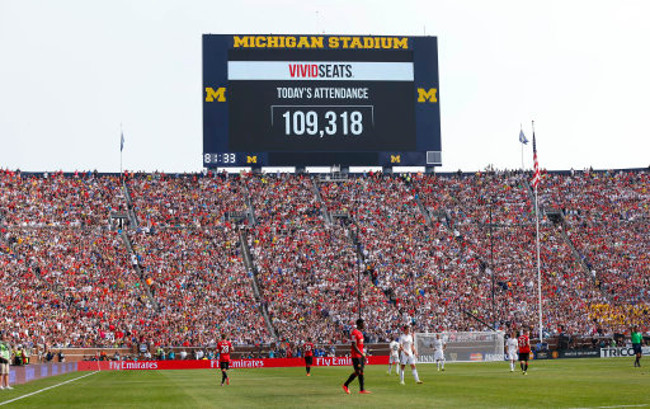 The game, staged at “The Big House” stadium (the third largest sporting arena in the world), was attended by a record-breaking 109,318 fans, more than any previous football game in the US.

Ashley Young, with a brace, and Javier Hernandez were the scores for the Red Devils with Gareth Bale netting Madrid’s consolation goal courtesy of a spot-kick.

The Spanish giants were without new-signings James Rodriguez and Toni Kroos while Cristiano Ronaldo started the game on the bench but still put out a very strong side while Van Gaal gave a start to youngster Michael Keane.

The Red Devils now face Liverpool in Monday’s International Champions Cup final in what should be a cracker.